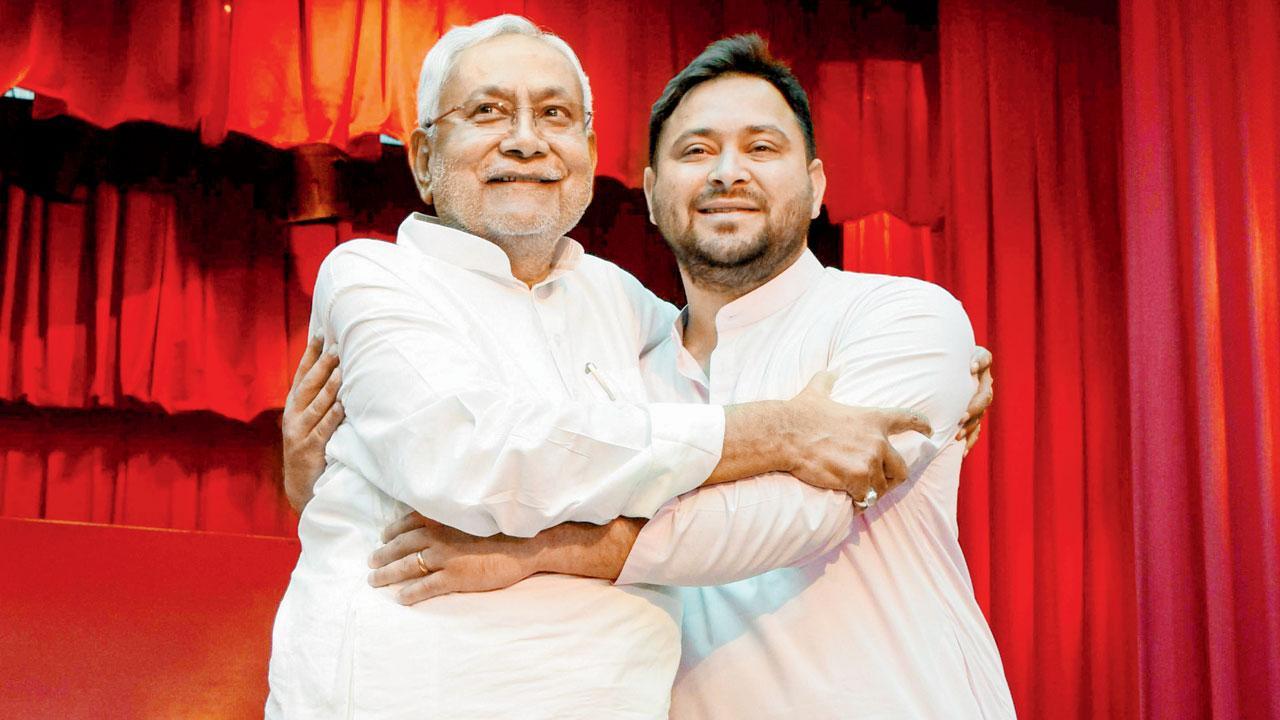 Bihar CM Nitish Kumar with Tejashwi Yadav, who is likely to be designated his deputy, at Raj Bhavan in Patna on Wednesday. Pic/PTI


JD(U) leader Nitish Kumar on Wednesday took oath as the Bihar chief minister for the eighth time on Wednesday, besides RJD’s Tejashwi Yadav, who is likely to be designated as his deputy.

Kumar, who snapped ties with the BJP-led NDA a day before and joined hands with the RJD and Congress to form a ‘Mahagathbandhan’ government, asserted that Prime Minister Narendra Modi needs to “worry” about the 2024 Lok Sabha polls. “Those who came to power in 2014, will they be victorious in 2024?” he said, while urging the Opposition to united for the next general election.

BJP leader Sushil Kumar Modi on Wednesday said the new government will fall before completing its term in 2025. Addressing a press conference, he alleged that Kumar will “ditch the RJD and try to split it, taking advantage of RJD boss Lalu Prasad’s illness”. Kumar rubbished Sushil’s claims, and said the RJD “will be back where they were after the 2015 assembly polls”.

On reports that Kumar harbours prime ministerial ambitions, poll strategist Prashant Kishor said the impact of the political developments in Bihar will remain limited to the state at present, he said. They were unlikely to have an impact on the national level in the short-run, he added. “Since 2012-13, this is the sixth experiment as far as government formation is concerned. In all these six experiments, Nitish has remained the chief minister. And there has been no change in the situation in Bihar. I hope that the new government will do something good,” Kishor said.

Next Story : Har ghar tiranga, with or without ration