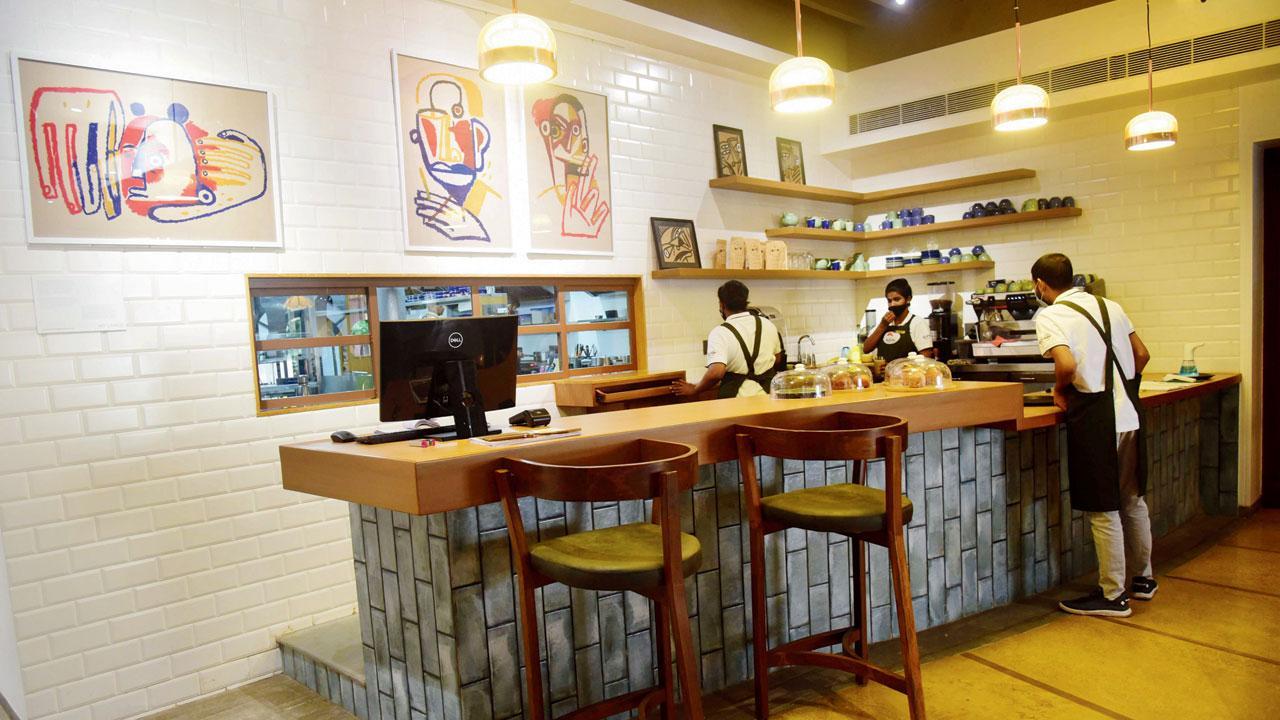 
Not so long ago, witnessing the opening of a new cultural space in the city in 2020 felt like a far-fetched dream. But the launch of Kuckeliku Breakfast House in Colaba that took place this month is very much rooted in reality for foodies and art aficionados, for the space bends both realms by serving breakfast delicacies and hosting exhibitions. And it is only serendipitous then that their first showcase by artist Sajid Wajid Shaikh is titled Tasawwur, an Urdu term for “imagination.”

Shaikh’s artistic trajectory has been unpredictable - even for himself. He continues to delve into new mediums and exposes the viewer to varying degrees of his characteristic line work. In this show, where he takes a leap into the metaphysical, Shaikh has found an unlikely canvas - mother-of-pearl, and a few shells he found on a shore in Goa. In harmony with the title, he tells us that his process was meditative. “The work happened on its own, like how writers can do flow writing, which is also the way Alice in Wonderland was written. So, my process felt like a visual Alice in Wonderland,” he tells us from Aurangabad, where he has now shifted base to from Mumbai.

The idea for the experiential space is in tandem with founder and chef Nuzha Ebrahim’s goal for her businesses. “I keep in mind things I am lacking in. The breakfast house came about because I’m not a breakfast person - I want to have breakfast at 4 pm. So, at Kuckeliku, you can have an eggs Benedict at 9 pm. On the other hand, I’ve never had the opportunity to be introduced to the art world. So, that’s what I wanted to incorporate in my work,” she says.

Art consultancy Art and Charlie will helm the curation at Kuckeliku, a word that succinctly signals breakfast time, and founder Ayesha Parikh shares that even though it is not a new concept for restaurants and cafés to display works by artists, what sets them apart is putting up a curated show with a gallery setup attached to it. “When Nuzha approached me in January this year, she wanted to create a holistic experience. I wanted to make sure that art could be seen beyond a white, cubed gallery space. I wanted visitors to get a feel of viewing art from their home,” Parikh asserts.

Come January 14, conceptual works by Shaikh will make their way in front of the breakfast tables. These pieces were made during the lockdown, a period when the artist absorbed himself into art history — particularly Dadaism - and created art vigorously, juxtaposing objects around him - like a finger ring with a Ganpati stand. He leaves us with a hint. “The artworks push people to think ‘What?’ and ‘Why?’ And I’m leaving it to them to arrive at their own answers.”

Next Story : Traditional Christmas drinks you can make at home