It is more a face than a place this Bhima Koregaon accused can refer to as home; one who stayed against all odds and continues to share his goal—to unite progressive forces to socially transform India 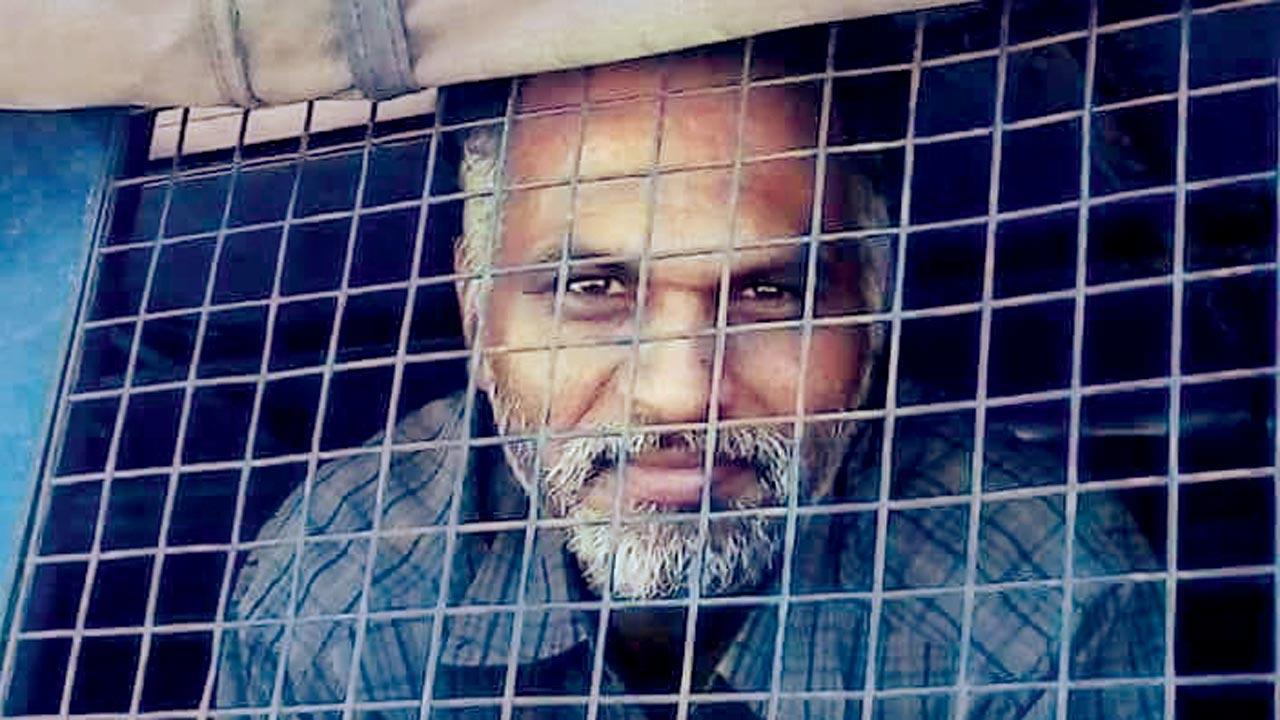 Lodged in Taloja Jail, Sudhir Dhawale has taken to writing poetry, one of which reads: “Jail is also a school, where humans either become mad or devotees of god.” Pic/Twitter

Home is the place where, when you have to go there, they have to take you in,” wrote poet Robert Frost. His profound observation defines the relationship between Sharad Gaikwad and Sudhir Dhawale. They are not related; they did not know each other until 2004, when the politics of protest brought them together. Yet when Sudhir had nowhere to go, it was Sharad who rented a room for his friend to reside in.

It was from this room that the Pune Police arrested Sudhir on June 6, 2018, and booked him under the Unlawful Activities (Prevention) Act for his alleged role in the Bhima Koregaon violence. This room still doubles up as the office of their organisation—Republican Panthers Caste Annihilation Movement, one of the many small Dalit outfits hoping to realise Dr B R Ambedkar’s dream of annihilating the caste system.

Sudhir was whisked from Mumbai to Pune’s Yerawada Jail, where he registered Sharad as the person who could visit him there. The authorities objected: could Sudhir not deploy his friend to tamper with the evidence gathered in the case? No, said Pune’s sessions court, upholding the defence team’s argument that Sharad came closest to Sudhir having a family. After Sudhir was transferred to Mumbai’s Taloja Jail in March 2020, the authorities thought it prudent to adhere to the Pune session court’s order.

Home is the also place where, when you are down and out, they look after you. Many of us, in Sudhir’s position, would feel abandoned.

Sudhir’s father is dead, as is one of his two brothers. His mother, old and debilitated, lives in Nagpur with Sudhir’s second brother, Sanjay, who says he just does not get time from his small-time property business to travel to Mumbai. “I, obviously, have a deep desire to meet Sudhir,” he adds.

But Sanjay also rues the day Sudhir, brilliant at studies, came under the influence of the Vidyarthi Pragati Sangathan, a defunct radical Left outfit. One day he declared he would devote his life to socially transform India.

Sanjay reminisces about his visit to Nagpur Central Jail, where Sudhir was lodged between January 2011 and May 2014, following his arrest on the charges of joining the Maoists in their war against the Indian State. Sanjay says he told his elder brother, 52 now, “For all your sacrifices, where is the change? For that, you need the support of not lakhs but crores of people.” Sanjay says had his brother been working, the family’s economic conditions would not have been precarious.

Consider also this: In 2011, before his arrest, Sudhir was married to a woman who was his neighbour in Nagpur. They were in love. She secured a job with the Indian Railways in Mumbai, where the couple shifted. Two children were born to them. She ran the house; he obsessed about social change.

The wife’s official quarter was raided in 2011. A 40-month legal battle to prove Sudhir’s innocence ensued. In jail, Sudhir discovered his wife’s heart beat to a different rhythm than his. Soon after Sudhir was exonerated, in May 2014, of all the charges levelled against him, they divorced. The children now have no relationship with Sudhir.

The party was once his family. In an interview to the Round Table India website, days after his release from prison, Sudhir said he was “actively involved in the activities” of the Communist Party of India’s (Marxist-Leninist) People’s War Group, “which was not a banned organisation [then]… Talking about the Naxal movement, I have no qualms in saying I support it. I have openly said so in the past and I will continue to say so.”

Well, the Supreme Court, in Arup Bhuyan vs State of Assam, ruled in 2011 that “mere membership of a banned organisation will not incriminate a person unless he resorts to violence or incites people to violence or does an act intended to create disorder or disturbance of public peace…” Sudhir did not have a single criminal case against him.

Those were the days of judicial coherence and consistency.

Sharad says Sudhir later faulted the People’s War Group for unduly emphasising class in its politics, to the exclusion of caste. “He and I think class and caste are two parallel rails. The engine of social change can gather momentum only by moving on the caste-class rail track.”

It was to unite the progressive forces, which adopt either class or caste in their approach to social change, Sudhir and Sharad came together to publish Vidrohi, a bimonthly, and also float the Republican Panthers. It was for the same reason they were among the principal organisers of the Elgar Parishad meeting of December 31, 2017, which the state deemed was responsible for inciting violence at Bhima Koregaon the following day, ignoring the provocations of Hindutva footsoldiers.

And now, Sudhir is in Taloja Jail, where he has taken to writing poetry. In one rare poem in Hindi, he writes, “Jail is a U-turn in life; jail is like a folded page of life; jail is also a school, where humans either become mad or devotees of god.” Jail is also where dissenters are sent, to silence them—and they produce prison literature.

The writer is a senior journalist

Next Story : Govinda comes with matkiful of jobs