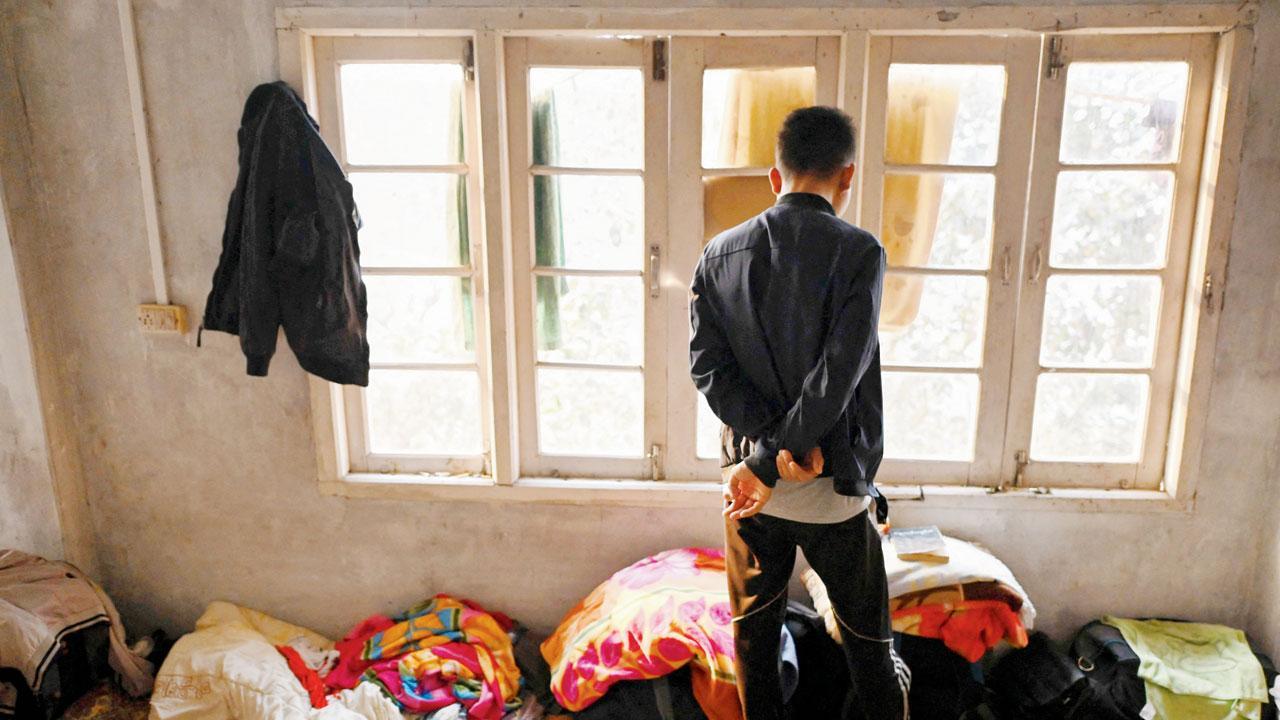 A cop, who fled Myanmar and crossed illegally to India, looks out from a temporary shelter in Mizoram on March 13. Pic/AFP


The Manipur government has withdrawn its circular to the deputy commissioners of districts bordering Myanmar asking them to not open camps for providing food and shelter to refugees fleeing the neighbouring country after the coup. Special Secretary (Home) H Gyan Prakash told DCs in case of grievous injuries, medical attention may be provided on humanitarian considerations.

With public anger mounting in neighbouring Mizoram against attempts to thwart the entry of Myanmar refugees, the official issued another advisory on Monday, saying the contents of the previous letter had been “misconstrued”. “...I am directed to convey the decision of the Government that it has decided to withdraw the letter dated 26.03.2021,” Prakash said.

Next Story : Tourist from Maharashtra dies of COVID-19 in Srinagar