The city - sliced, diced and served with a dash of sauce 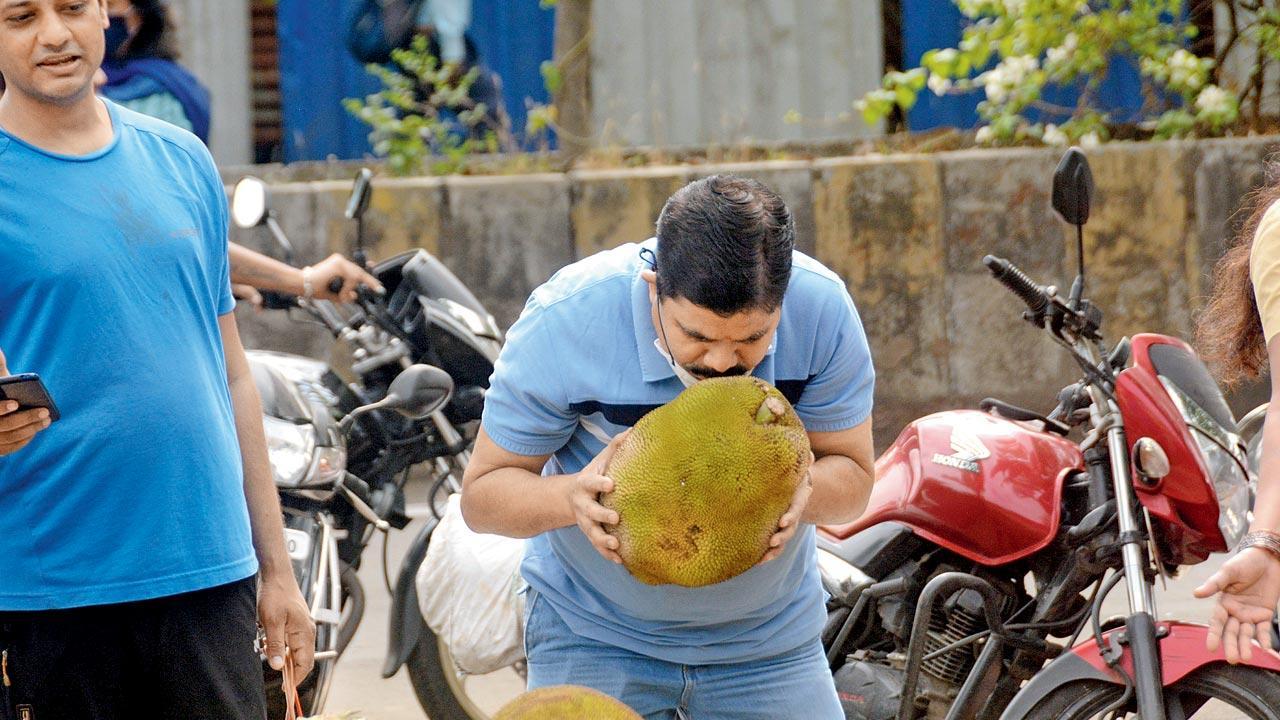 A customer sniffs out the perfect jackfruit for Purnima festival in Thakurli.

Back to Bollywood’s golden era 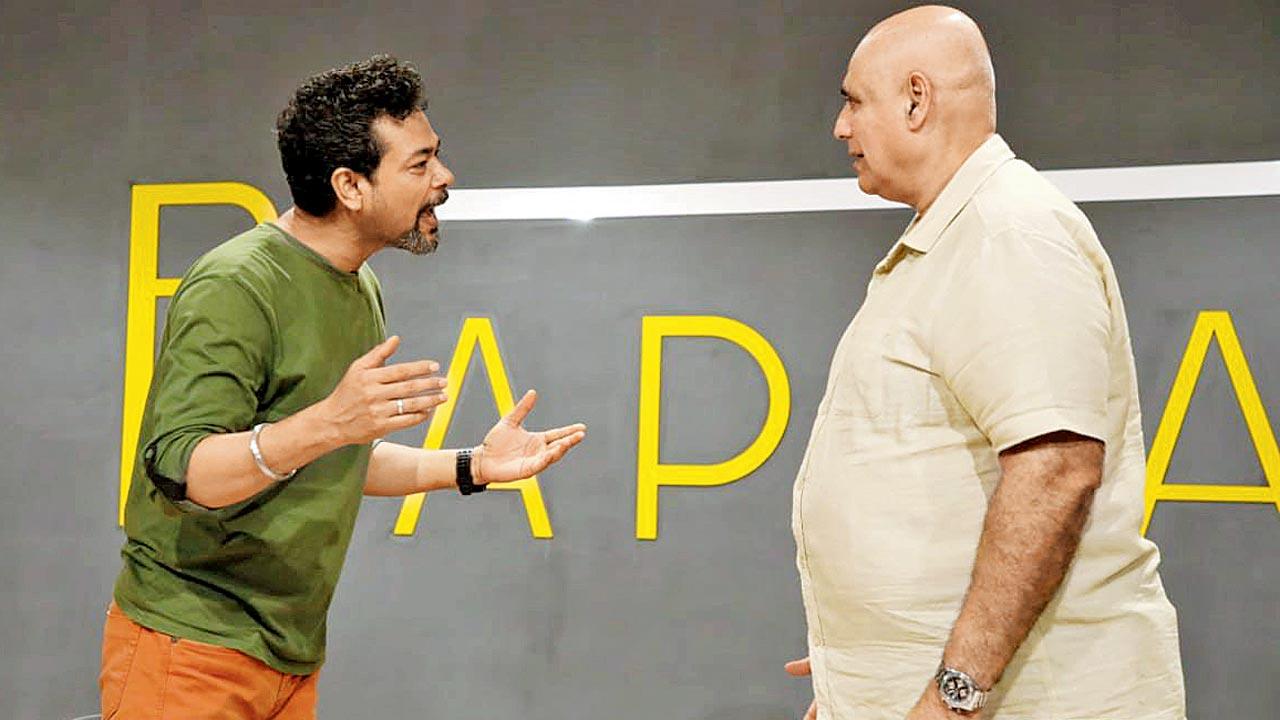 Actors Pavitra Sarkar and Puneet Issar rehearse for the play

This diarist, like every other ’90s kid, has sepia-tinted memories of tuning into BR Chopra’s Mahabharat on Doordarshan with her grandparents. We’re happy to hear that the strapping Duryodhan from the famed series, played by Puneet Issar, will be part of a musical called Dhappa that will premiere on June 18 at St Andrew’s Auditorium in Bandra. The play, which is set in 1950s’ Bollywood, is written and produced by director Akshay Mishra and Sharon Chandra. Issar will essay the role of a dedicated writer and director chasing a dream project. “My connection to the play is my affinity and admiration towards filmmakers such as Bimal Roy, Satyajit Ray, Guru Dutt, Ritwik Ghatak, Vijay Anand and Raj Kapoor. This play reflects the same genre that they represented. I also wanted to break away from the mould of mythological and negative characters,” he told us.

Kebabs for the kings 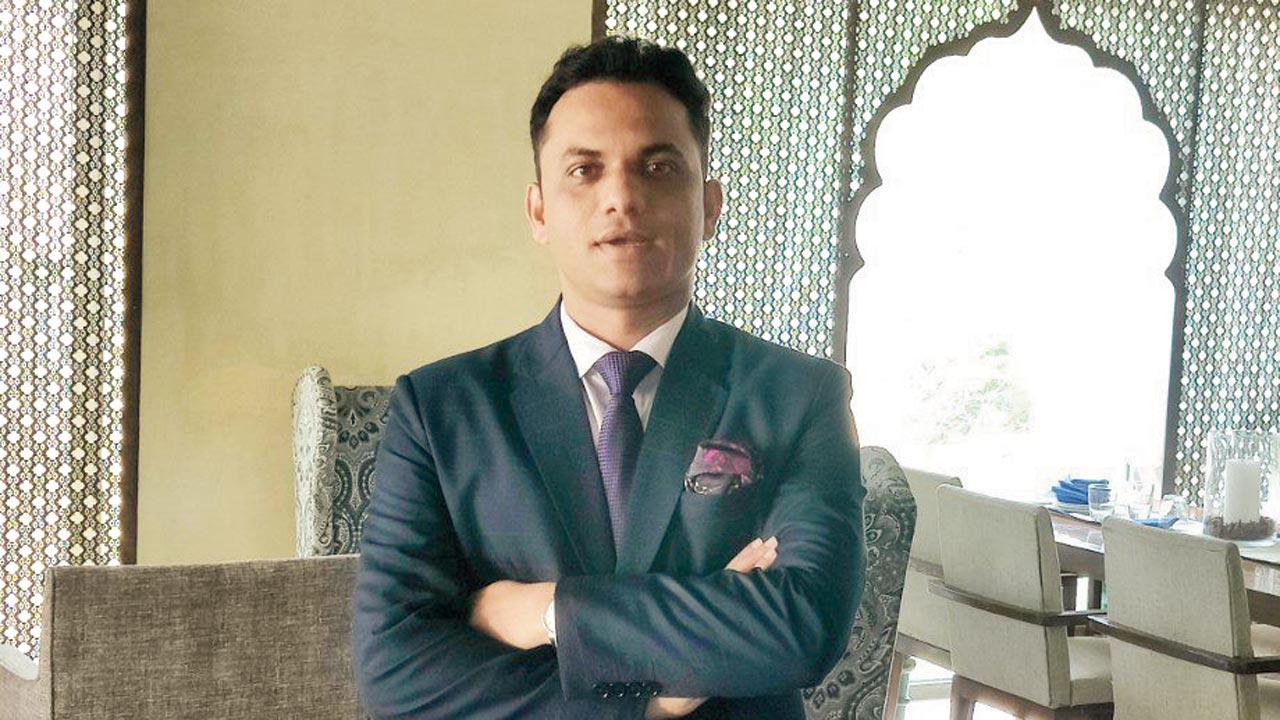 A sleeping giant has been awakened at the Intercontinental on Marine Drive. The hotel’s Kebab Korner, which has become a part of the city’s culinary furniture, has been quietly planning its resurgence. The joint has now reopened after a three-year hiatus, marking a fresh start. “Our recipes have always stood the test of time and with a fresh start, we have decided to plate our dishes with new and interesting techniques,” promised Kushkant Tripathi, director, food and beverages. Change does not apply to all things though, Tripathi added, “What remains the same is the aroma, spices and the taste.” As for the experience, Tripathi remarked that the effort would continue to uphold the legacy of the restaurant. 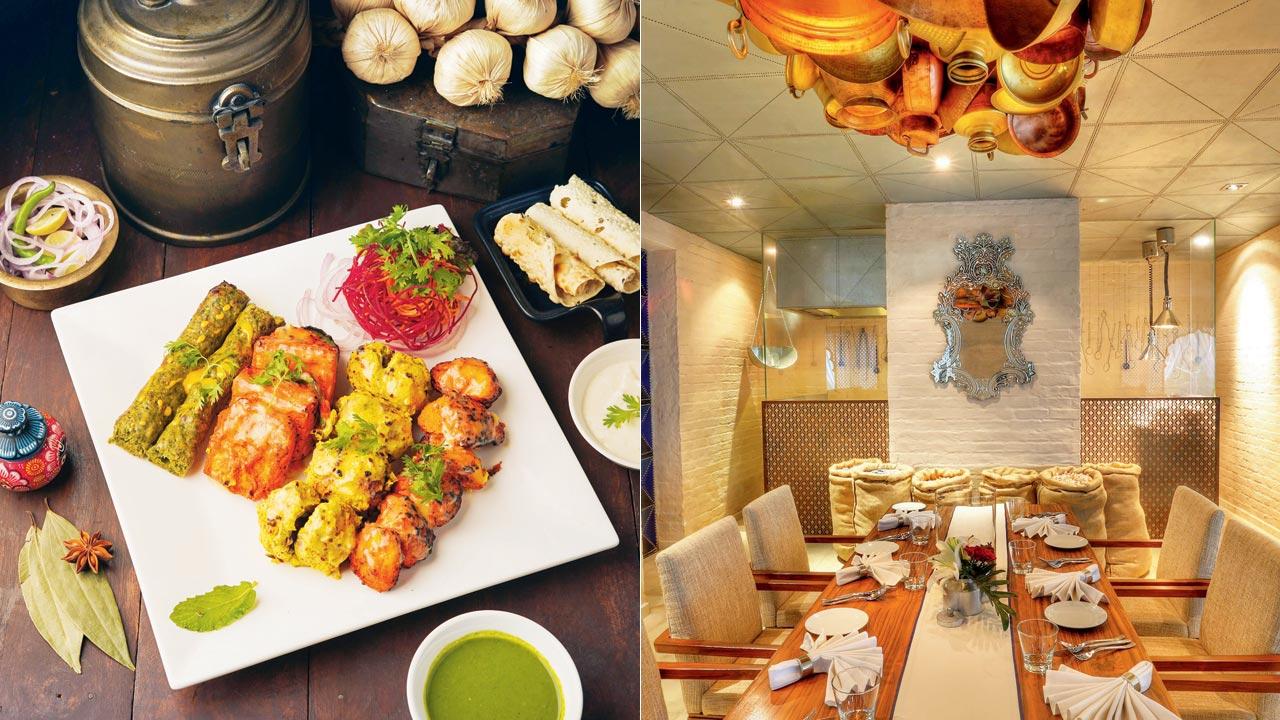 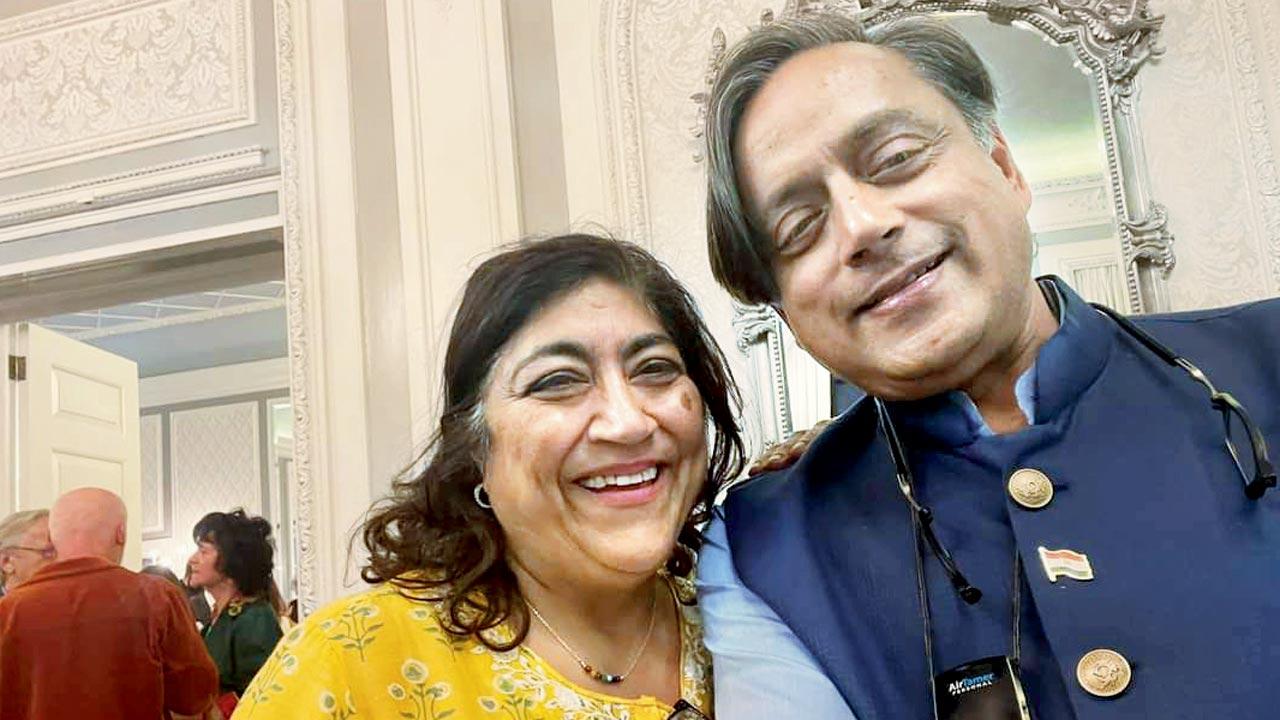 Our birdie in London has been fluttering around to catch the latest goings on and gupshup from Jaipur Literature Festival’s edition in the UK capital. We had reported earlier in this section that the festival was making a return to its physical format, and so, quite naturally, both desi and international readers have been hooked. One such regular on the global literary circuit was parliamentarian, academic and author Shashi Tharoor who was seen catching up with the likes of International Booker winner Geetanjali Shree and fellow speakers like Gurinder Chadha. In fact, the festival officially opened later than the scheduled date after a delay caused by a fire at the British Library. Also spotted was Remo Fernandes, who was at the event with his partner Zenia, to promote his self-titled autobiography. In a session with festival director Sanjoy Roy, he performed a few tracks for the audience. Fernandes later posted, “I still have to fully grasp the fact that I’m attending all these wonderful festivals under the title of ‘author’!” 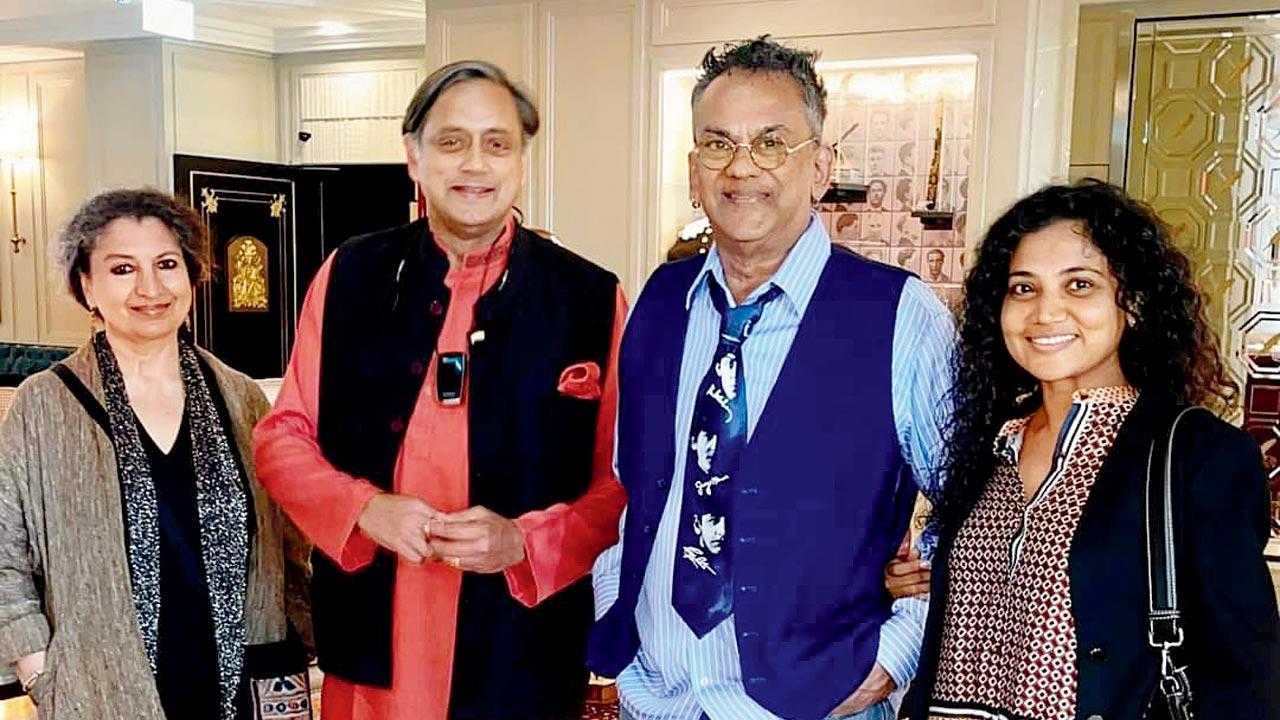 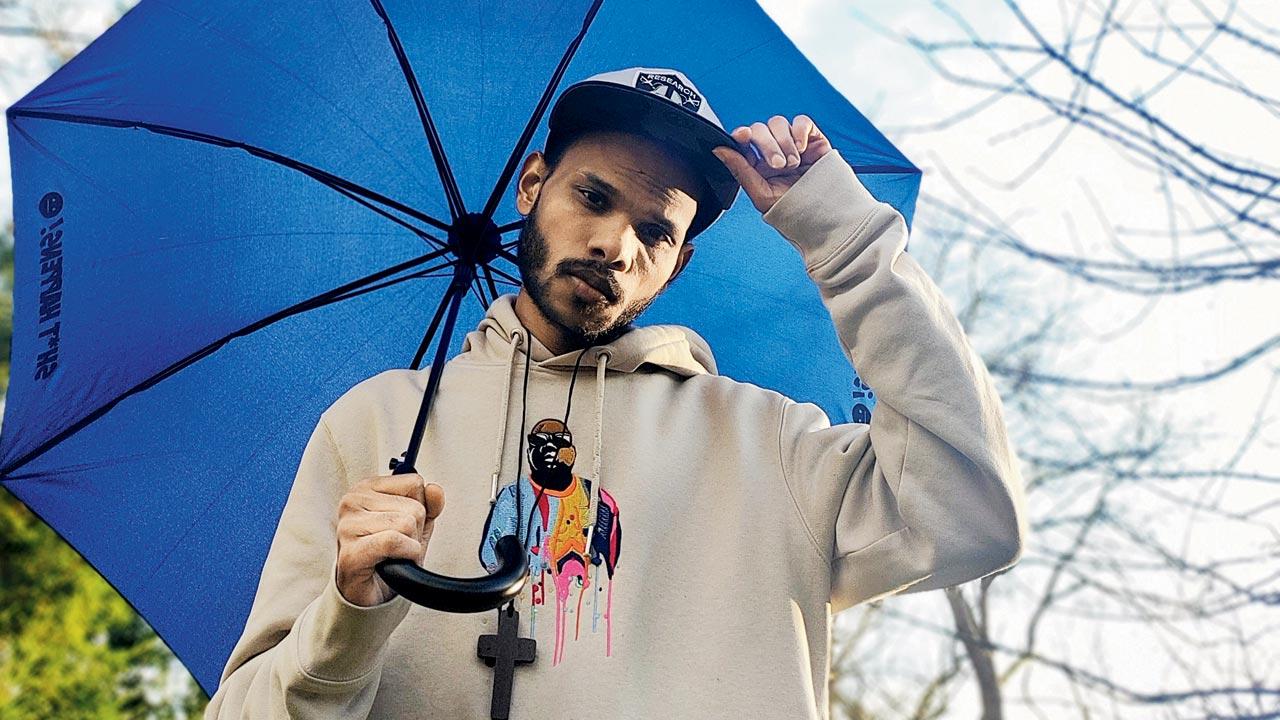 Sumeet Samos’ (inset) new book, Affairs Of Caste: A Young Diary, will capture a striking journey through a society that is ignorant of its flaws. Yogesh Maitreya, founder, Panther’s Paw Publications told us, “An anti-caste position does not always have to be reactive or depict the wretchedness, it can also be a quest for life.”

How to say it with flowers 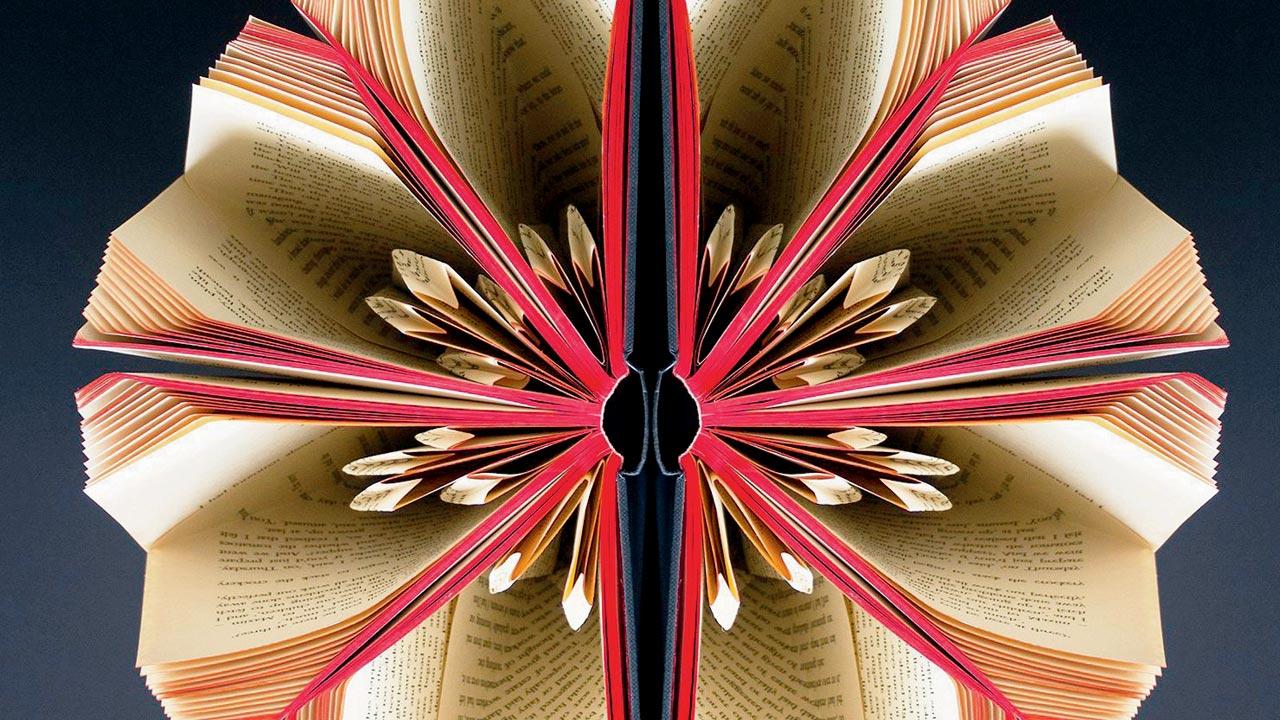 This weekend will be a floral affair at 47-A, the new art space at Khotachiwadi. A new exhibition will take inspiration from the simplest things in nature — flowers. Curator Nazneen Jehangir told this diarist, “Flowers have been an intrinsic part of civilised society, quietly influencing our sense of touch, taste, smell and sight. It is this pervasiveness that I wanted to celebrate.” The exhibit will see a collaboration between 15 artists who have come together to create ‘off piste’ works inspired by nature, flowers and foliage. “The spirit of the show is one of discovery, finding beauty in unexpected ways and of adding magic to everyday objects,” added Jehangir.  It includes a special edition of Makraka Marble bulbs in floral motifs that are hand-crafted from a single block of marble by Rooshad Shroff, and an embroidered wall by the artist, Max Modesti. 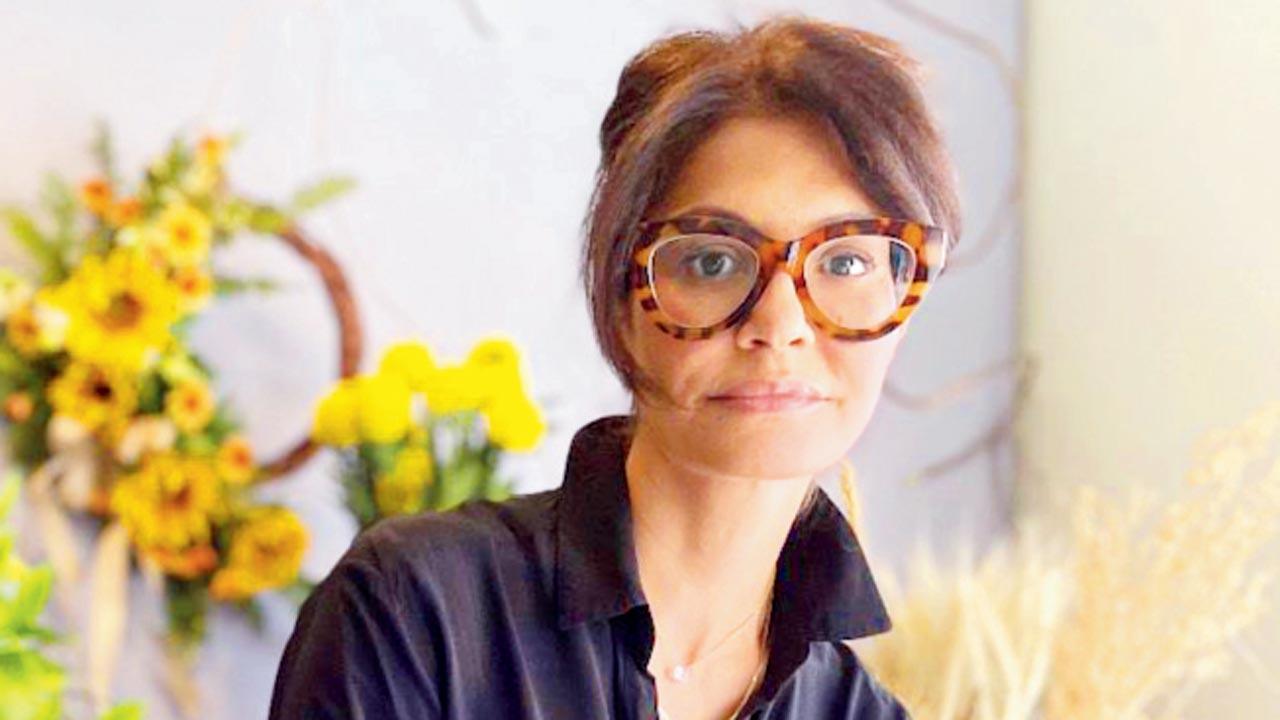