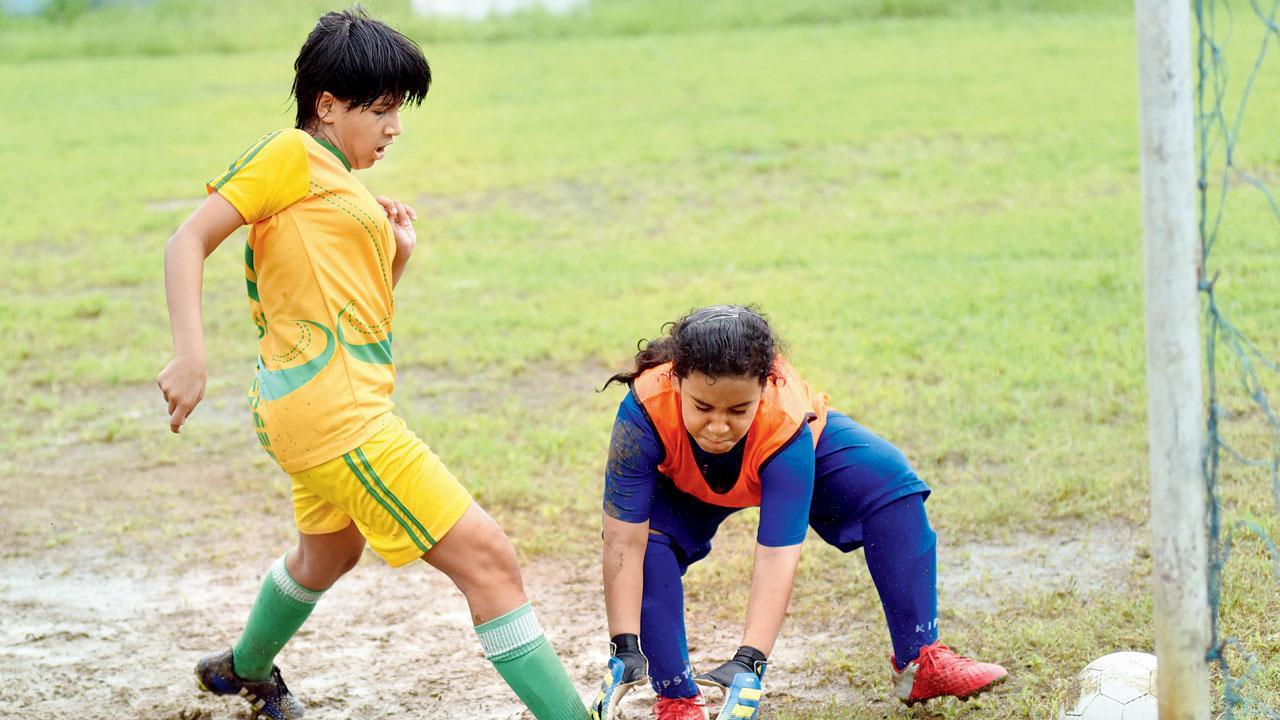 
Prisha Patel, 10, a budding football talent scored nine goals as Bombay International School (Babulnath) stormed to a 13-0 win against Rustomjee Cambridge School (Dahisar) in a girls’ U-12 league match of the MSSA inter-school football tournament at Azad Maidan on Thursday. The Dahisar girls tried to put up a fight, but could not stop the skillful Prisha from scoring. Most of Prisha’s goals came off solo efforts. She scored her team’s first four, the sixth and the last four goals while teammates Keya Mehta contributed three goals and Radha Parikh added one.

“We all are very excited about this big win. The entire team played well today and we are looking forward to our next match against Smt RSB Arya Vidya Mandir [Juhu], who are a strong team. We want to win that one,” Prisha, who has been playing football from age of five, told mid-day. In the first match of the day, Cathedral & John Connon (Fort) snatched a narrow 1-0 win against Don Bosco International (Matunga). Shreyasi Daga netted Cathedral’s winner.

Also Read: MSSA news: Navya to the four for Dhirubhai