Though there were some good tackles and counter-attacking moves, England's game still had poor passes, poor touches and snatched finishes. The first half was a goalless affair. In the second half, things started to look bad for England 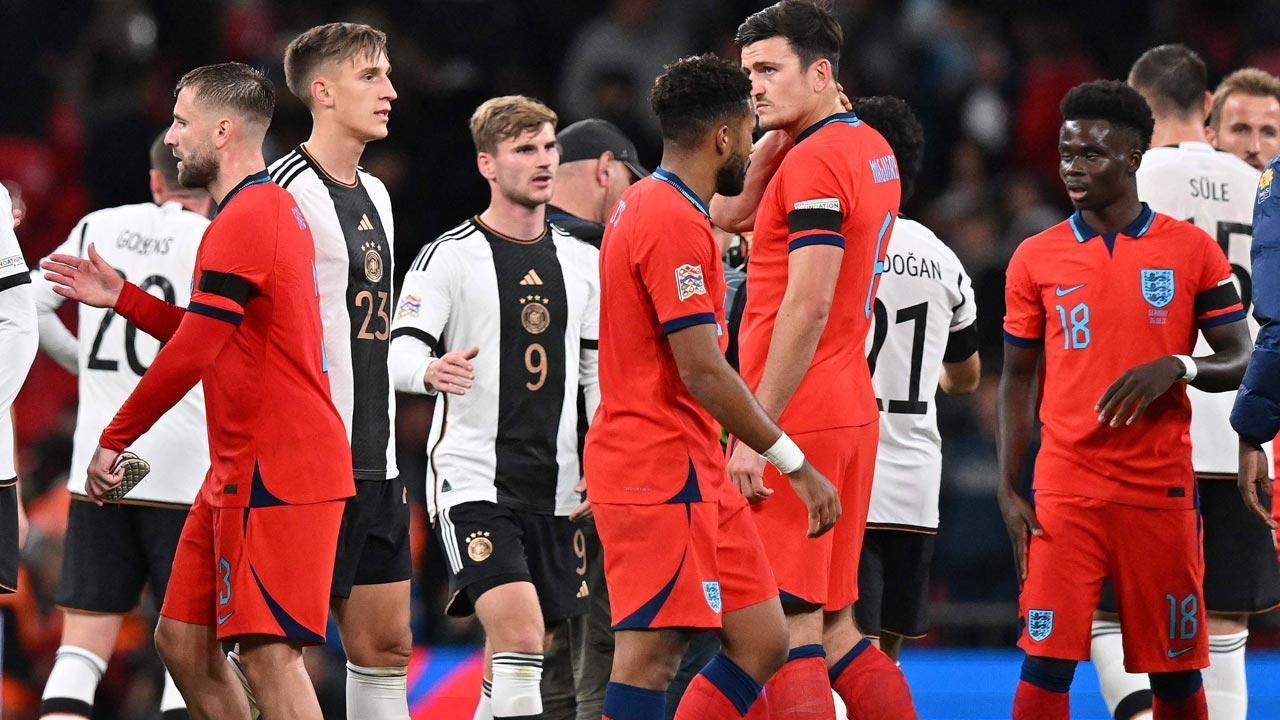 During the UEFA Nations League group A3 football match between England and Germany at Wembley stadium in north London on September 26, 2022. Pic/AFP


England's final game at UEFA Nations League before FIFA World Cup in Qatar ended in a heartbreaking 3-3 draw at Wembley Stadium due to an error by goalkeeper Nick Pope late in the game. England's first-half performance was an improvement over their efforts against Italy on Friday but still, there was plenty of nervousness.

Though there were some good tackles and counter-attacking moves, England's game still had poor passes, poor touches and snatched finishes. The first half was a goalless affair. In the second half, things started to look bad for England.

An error from Harry Maguire gave Germany a penalty, which Ilkay Gundogan converted into a goal in the 52nd minute of the match. Suddenly, the fourth loss in six games seemed pretty likely for hosts England. In the 67th minute, Kai Havertz produced a beauty from 25 yards to double the advantage for Germany.

England's confidence was shaken, but yet, they were not completely down and out. A cross from Reece James found Luke Shaw, dropped by Manchester United and he squeezed the ball past keeper Ter Stegen's legs to open his side's goal tally in the 71st minute. In the 75th minute, Mason Mount made things even as a fine play from Bukayo Saka was swept inside the nets.

A tackle gave England an opportunity to take the upper hand and Harry Kane surely made it count as he converted a penalty from 12 yards, sending Wembley into a frenzy. It seemed that momentum was with England, but Havertz levelled the score with an 87th-minute strike to dampen the spirits of English players and hosts.

Southgate's side has already been relegated to Nations League Group A3 and has failed to win for six games in a row for the first time since 29 years. But this fightback will be a huge positive for England heading into the World Cup, with their campaign set to kick off on November 21.

Next Story : Harry Kane: We’re in a good place