Patidar comes to the party 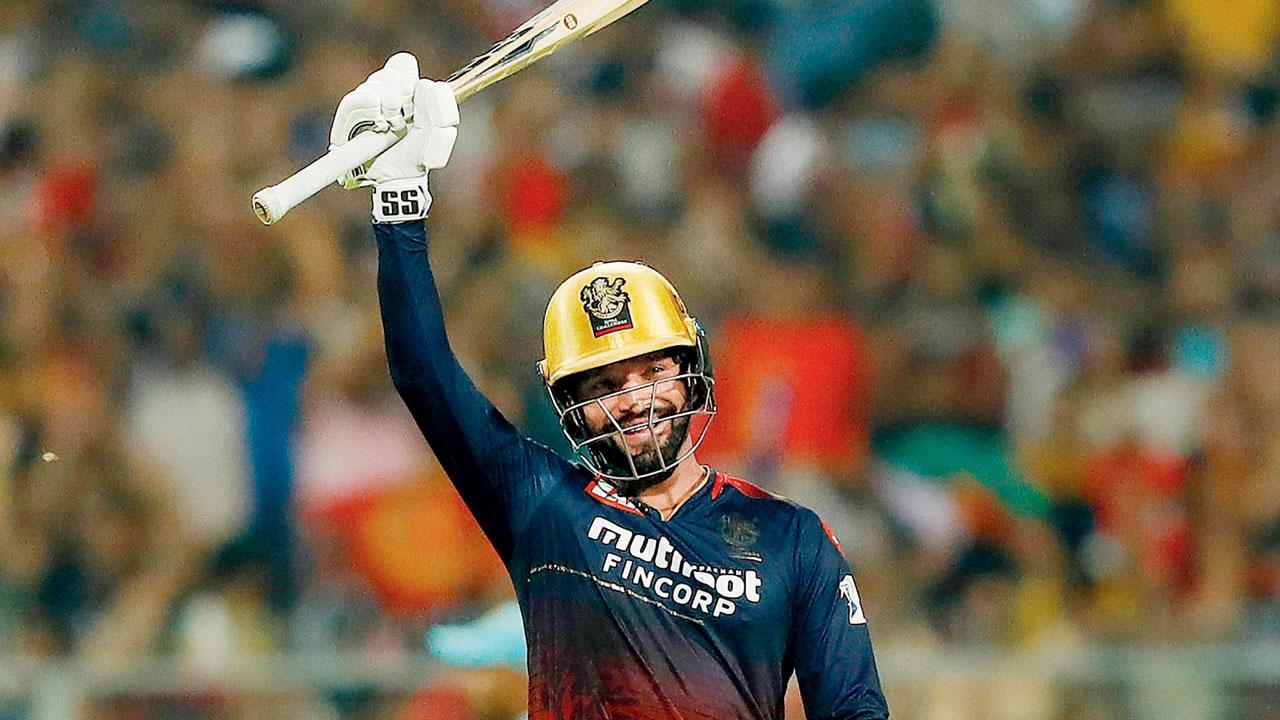 
Standing tall as his more illustrious teammates fell by the wayside, Rajat Patidar  notched his maiden IPL century on Wednesday and helped keep Royal Challengers Bangalore’s title-hopes alive. A 54-ball 112 not out by the 28-year-old from Indore and a late surge by Dinesh Karthik had RCB posting 207 for four in the Eliminator. It proved 14 runs too many for Lucknow Super Giants despite a fighting 79 from the skipper KL Rahul and substantial contribution from Deepak Hooda.

It’s the end of the road for LSG while RCB get to take on Q-1 losers Rajasthan Royals in Ahmedabad on Friday for a place in Sunday’s final against local favourites Gujarat Titans. Earlier, 84 of the 41-ball 92 that Patidar and Karthik put together for the unbroken fifth wicket came in the last five overs.

Karthik, in his new avatar as a finisher, started slow but was soon into his own. He had five fours and a six in his 23-ball 37. Hooda and Stoinis did raise visions of victory with some lusty hitting but Hasaranga removed the Baroda batsman with a wrong ’un.

The match, delayed by 40 minutes due to a drizzle, saw Mohsin Khan bowl a fiery first over that had skipper Faf du Plessis go back with a first-ball duck. Virat Kohli didn’t last long, and when Glenn Maxwell departed soon after, it was left to Patidar to put up a decent score.

Aggressive from the very first ball, the 28-year-old from Indore sent Krunal Pandya flying all over to help take 20 off the sixth over and make the power-play count. By the end of the innings, he had hit 12 fours and seven sixes.

Kohli’s unconvincing tenure ended when an upper-cut off Avesh found Mohsin on then third-man rope.

After a bout of play-n-miss against Ravi Bishnoi, Maxwell lofted him for a straight six. Both, then, his eagerness often bordering on the desperate, the Aussie hit Krunal straight to the man at deep backward square-leg in the next over.

Karthik, having survived a leg-before review off Bishnoi on an ‘umpire’s call’, and then dropped at covers by Rahul, settled down to soon bring out his bag of manufactured shots but it was reassuring presence of Patidar that stood out.

Next Story : Sunny hopeful of mum’s recovery to commentate in final at Ahmedabad