I was a bit nervous: GT’s Miller after match-winning 68* 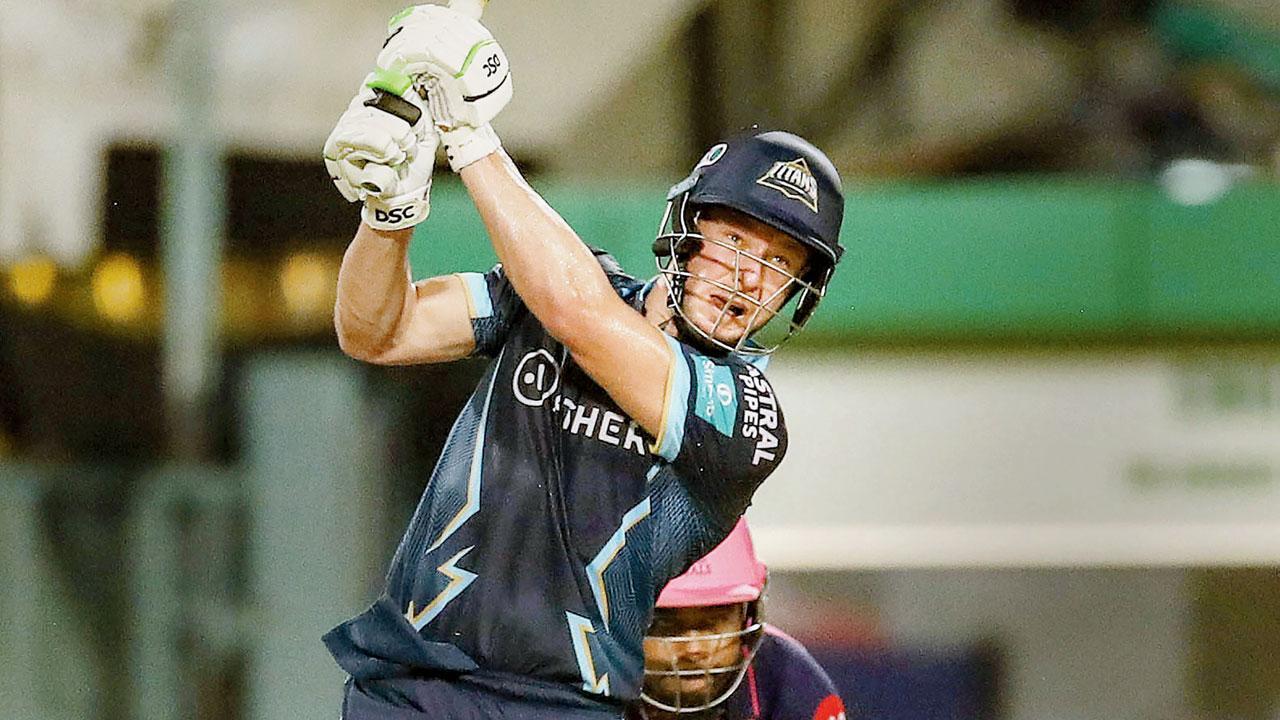 
Blame it on better bats and shorter boundaries, but today’s finishers have more faith in clearing the rope. David Miller’s three consecutive sixes in the final over to take Gujarat Titans home in the Qualifier-1 on Tuesday would have thrilled, but not surprised the 50,000 at the Eden Gardens. The means and methods of chasing down the impossible may have changed, but what hasn’t is the need for that calm amidst the storm.

“Hardik is a cool, calm, collected kind of bloke. He was pretty chilled about the chase,” Miller (68 not out) said in an interaction with teammate Shubman Gill on IPL’s official website, acknowledging the crucial role of his skipper during the unbeaten partnership of 106 that took the Titans past Rajasthan Royals total of 188. “I was a bit nervous to be honest, but Hardik kept saying just play the good cricket shots and hit the gaps,” he added.

Hardik was at the online media interaction to spell out what it takes. “I’ve been in this kind of situation before, and I try to make sure I’m calm. It helps to take right decision; if you are too hyped up you tend to take wrong decisions,” he reminded. “It was important to create partnerships and be there till the end. When David came, I had to make sure I kind of took pressure off him by scoring quick runs and you saw what he did after he got set.”

‘Had faith in David’

Hardik pointed out how important it was to keep faith in the South African. “If you show love and give importance to a player he can flourish. A lot of people counted Miller out, but for us he’s always the match-winner from the time we bought him at the auctions. We always knew what he’s capable of. If he fails, it’s okay, it’s just a game.”

Jos Buttler’s 56-ball 89 went in vain. “I thought we had a good score, maybe above-par. But we just could not break that partnership,” he said. “I wouldn’t say it was my most fluent innings, but I just tried to hang in there and managed to get a little bit away in the end,” he added when asked about his own knock.