Help of divers is being taken to trace the missing, says Abhinandan, the Superintendent of Police 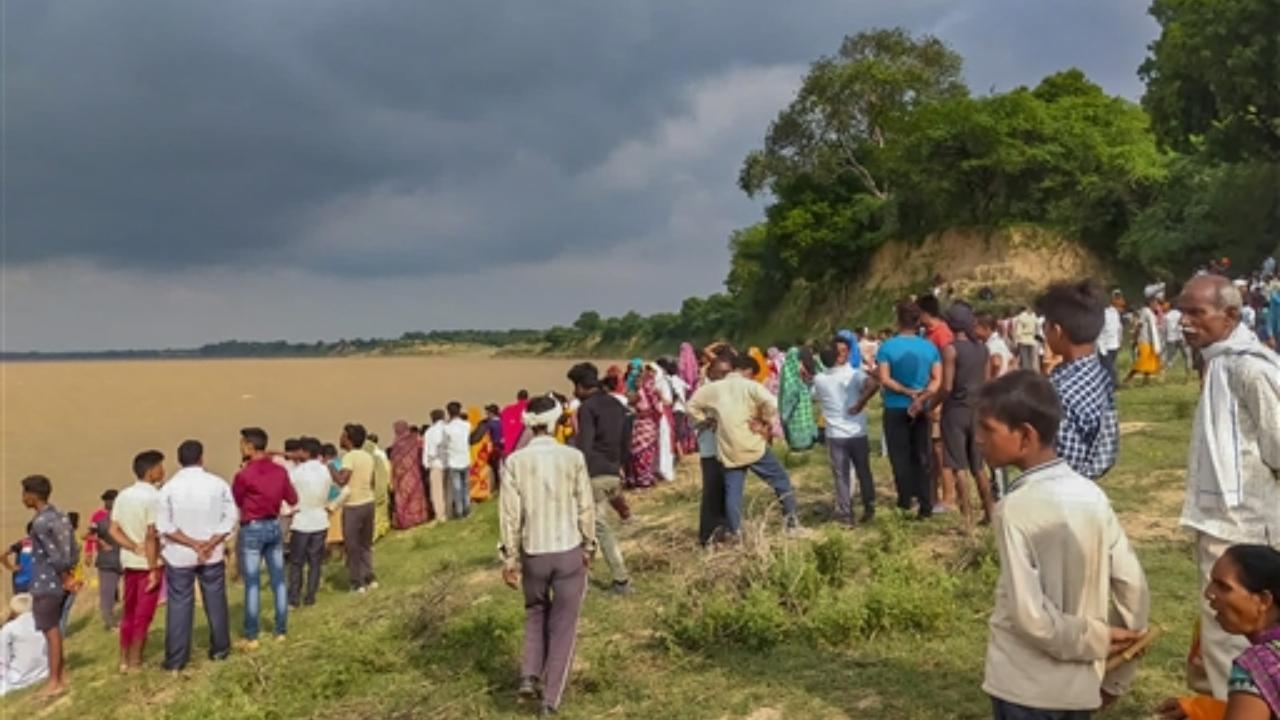 People gather along the banks of Yamuna river after a boat capsized, at Marka area in Banda district. Pic/PTI


At least four people drowned and several others were missing after a boat carrying over 30 people capsized in the Yamuna here on Thursday, police said.

Additional SP Lakshmi Niwas Mishra said seven to eight people swam to safety, but many are feared drowned in the district's Marka area. The boat was travelling from Marka to Jarauli Ghat in Fatehpur district, police said.

Four bodies have been recovered so far, an official said.

Help of divers is being taken to trace the missing, the SP said.

Also Read: Jammu and Kashmir: 2 women washed away in flash floods in Ramban

Condoling the loss of lives, the chief minister directed the officials to immediately rush teams of National Disaster Response Force (NDRF) and the State DRF to the spot.

He has also asked the officials to ensure that best medical treatment is provided to the injured.