Jagdeep Dhankhar sworn in as 14th Vice President of India 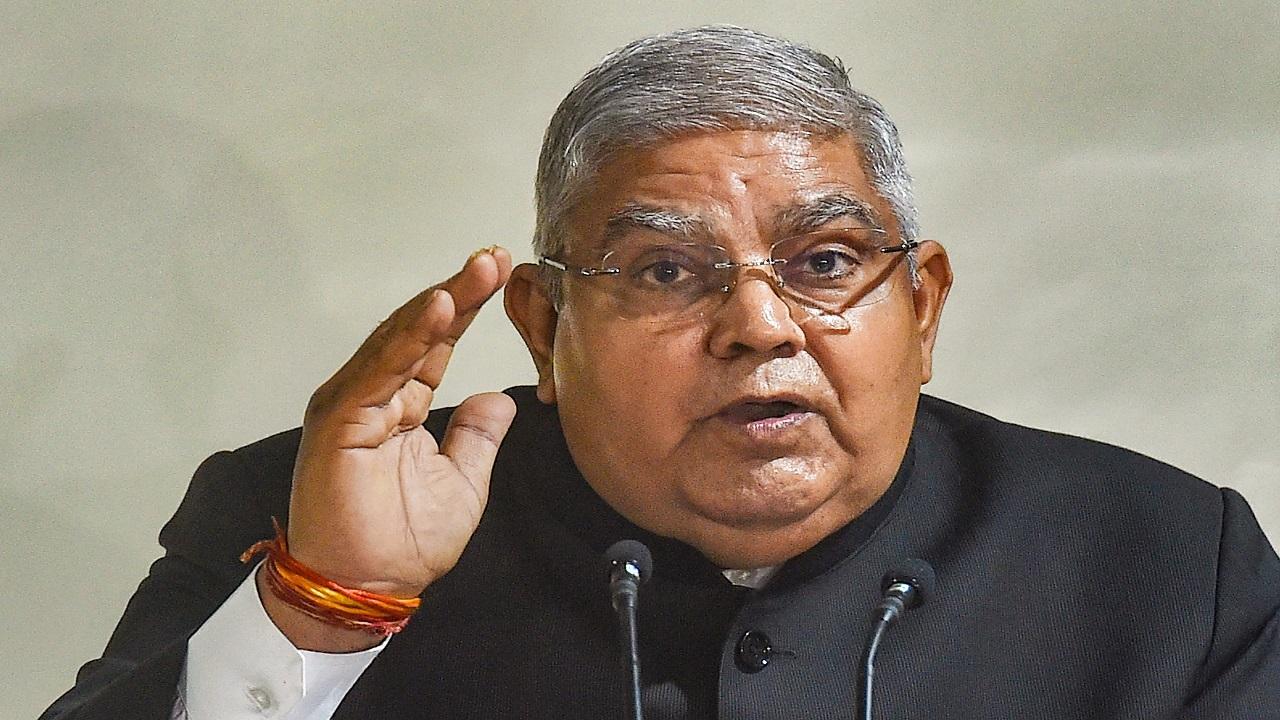 
Former West Bengal governor Jagdeep Dhankhar was on Thursday sworn in as the 14th Vice President of India.

President Droupadi Murmu administered the oath to Dhankhar (71) in a brief ceremony at the Rashtrapati Bhavan.

Dhankhar took the oath in Hindi.

Prime Minister Narendra Modi and Dhankhar's predecessor M Venkaiah Naidu were among the dignitaries present at the ceremony.

Dhankhar was elected as the Vice President on August 6. He defeated the Opposition's Margaret Alva to emerge as a winner.

The BJP-led NDA candidate won the election with 528 votes against Alva's 182. The Vice President is also the ex-officio Chairman of the Rajya Sabha.

Dhankhar secured 74.36 per cent. He has the highest winning margin in the last six vice presidential elections held since 1997.

The returning officer of the vice presidential election said of the total 780 electors, 725 cast their ballots but 15 votes were found to be invalid. The turnout was 92.94 per cent, he said, adding that a candidate needed 356 votes to get elected.

Born on May 18, 1951, in an agrarian household in a village in Rajasthan's Jhunjhunu district, Dhankhar completed his school education from Sainik School, Chittorgarh. After finishing his graduation in physics, he pursued LLB from the University of Rajasthan. Despite being a first-generation professional, he became one of the leading lawyers in the state.

Dhankhar, 71, has practised in both the Rajasthan High Court and the Supreme Court of India. He entered public life after getting elected as a Member of Parliament from Jhunjhunu in the 1989 Lok Sabha elections on a Janata Dal ticket. He also served as a Minister of State for Parliamentary Affairs in 1990. His politics was initially influenced by former deputy Prime Minister Devi Lal.

Dhankhar, who belongs to the Jat community, later shifted focus to state politics and was elected to the Rajasthan Assembly in 1993 from the Kishangarh constituency in Ajmer district.Dhankhar was appointed as the Governor of West Bengal in 2019. He resigned from the post of West Bengal Governor on July 17 after his name was announced as the vice Presidential candidate of the National Democratic Alliance (NDA).

(With inputs from ANI and PTI)