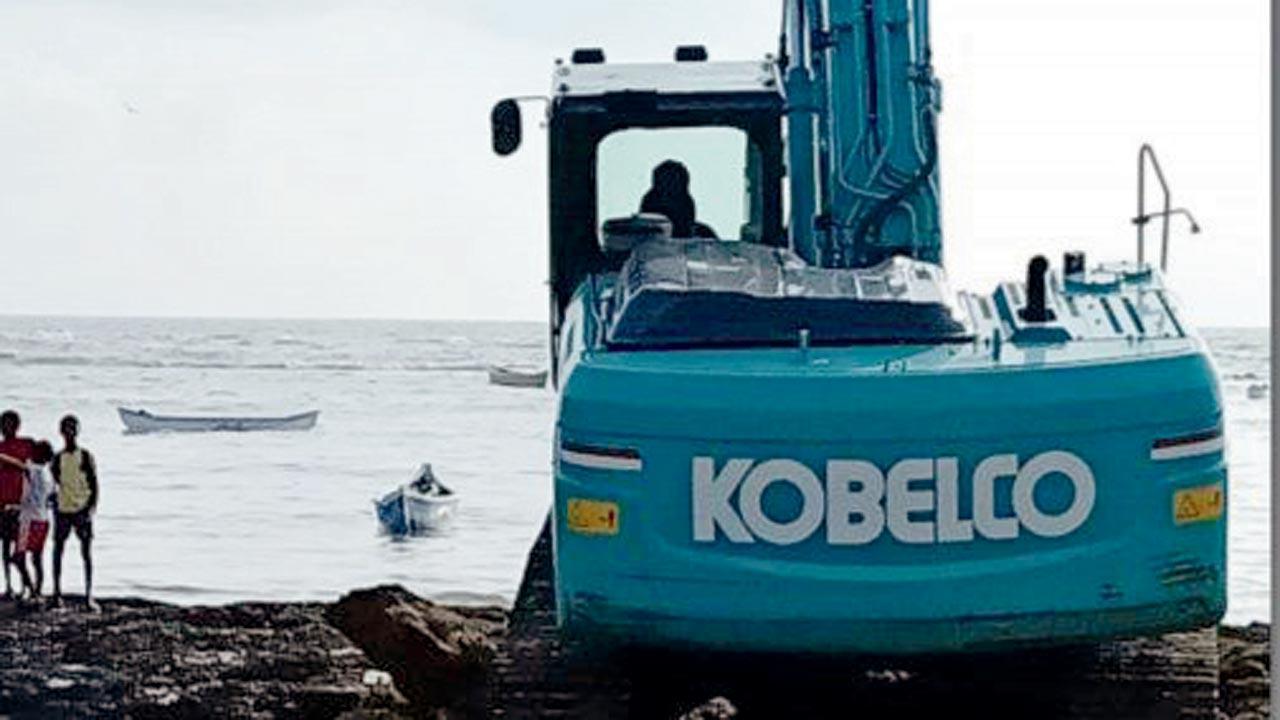 
Four nature lovers have sent a legal notice to the state accusing it of causing permanent destruction of the rocky shore at Chimbai fishing village in Bandra and damaging the mangroves abutting the area. In their notice dated December 30, addressed to the Commissioner of Fisheries, Maria Thelma Suresh Poojary and three others have said that local fishermen are opposed to a government project to upgrade the existing jetty saying it makes their homes and fish-drying area vulnerable to flooding.

The activists have already moved the Bombay High Court on the project and the case is scheduled to be heard today. They say a legal notice will ensure a quick response from the state government which might otherwise try to seek more time from the court.

"The petition challenges the permanent destruction of the natural rocky intertidal shore at Chimbai, Bandra, caused by the project being undertaken by the Fisheries Department for 'Providing infrastructural post harvesting facility to fishermen at fish landing centres at Chimbai' in accordance with the CRZ clearance dated 16.09.2019 erroneously granted to your project," reads the notice addressed to the Fisheries Department, a copy of which is with mid-day.

It goes on to say, "The local fishermen of Chimbai village have already declared and informed you along with other departments of the state government that they do not want any development of existing jetties, fish drying yards and net mending yards located in Chimbai village."

The activists say there are about 120 boats in the Chimbai Koliwada which can be comfortably accommodated in the existing jetty and there is no need to upgrade it.
Citing Coastal Regulation Zone norms, the notice says the sedimentation rate is high at Chimbai.

"The location and alignment of the jetty needs to be designed properly in order to avoid excessive siltation on the downward side. The mangrove patch near the site should not be destroyed," says the notice, alleging that the contractor has gone ahead ignoring these important aspects.

The notice says construction material and rubble is being dumped on mangroves, cutting off their access to saline water that is crucial for their survival. "The MCZMA has also issued a legal notice to the Collector dated 20.10.2019 asking the office of the Collector to submit an action taken report on the various violations of the CRZ Notification 2011 brought to its attention vide complaints submitted by locals. However, no such report has been submitted about this issue," said the activists.

The notice also says the rocky intertidal area at Chimbai acts as a natural barrier to the seawater and destroying this natural barrier will make their homes fish drying yards prone to floods.

Next Story : Buying a used car in Mumbai? Speak to WIAA first