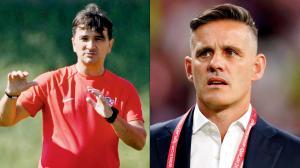 The Croatians let their football do the talking as Andrej Kramaric’s double and goals from Marko Livaja and Lovro Majer sent them to the top of Group F and condemned Canada to an early exit... [Read More] 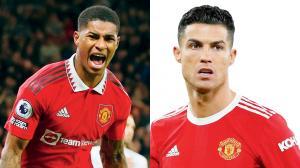 It’s been an unbelievable experience to play with Ronaldo: Marcus Rashford

Ronaldo left United last week when the club said they had reached a mutual agreement with the player to terminate his contract with immediate effect... [Read More] 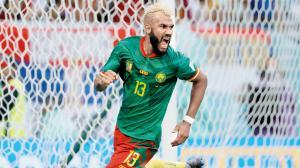 FIFA World Cup 2022: Cameroon fight back to draw 3-3 in thriller against Serbia 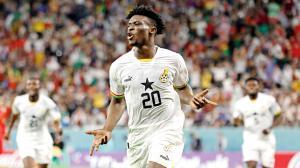 Mohammed Salisu opened the scoring against the run of play midway through the first half at Education City Stadium and Ajax midfielder Kudus doubled the Black Stars’ lead... [Read More] 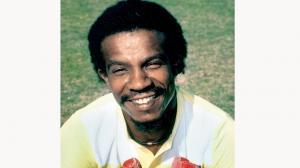 The son of former West Indies great Everton Weekes, Murray’s opportunities were limited by his namesake Deryck Murray’s firm hold on the wicketkeeping position and it was Jeffrey Dujon who proved to be his long term replacement... [Read More] 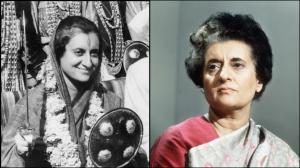 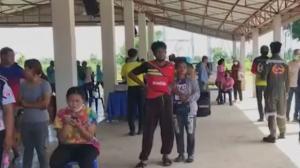 IN PHOTOS: 23 children among 36 killed at Thailand day-care centre shooting

A mass shooting took place on Thursday at a Child Development Center in Uthaisawan Na Klang district, Nong Bua Lamphu province. According to the latest reports, the death toll in the shooting rose to 36, including 23 children. Pics/AFP,PTI... [Read More] 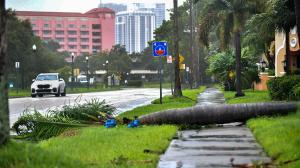 More than one million Florida residents have lost power after the powerful and several homes have been put under evacuation orders as the dangerous storm hit the US. Moreover, Hurricane Ian sustained wind speeds up to 250km/h (155mph), bringing along heavy rains. Pics/AFP... [Read More] 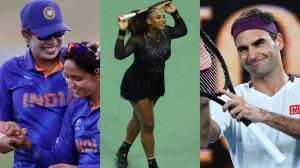 Sportspersons who called it a day in Year 2022

As India`s Jhulan Goswami bid farewell to the game of cricket, the lanky pacer joins an exclusive list of sports stars who have retired in year 2022. In the below gallery, we take a look at the top names who have hanged up their boots from their respective sports. Photos - AFP/PTI... [Read More] 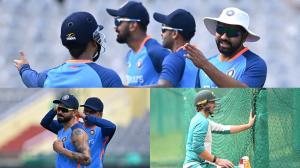 IND vs AUS 2022 T20I Series: Players train ahead of a gruelling series

India will look to sort out their combinations, especially in the middle-order, while giving a final shape to their plans and preparations for the T20 World Cup when a three-match home series against Australia. As the players from both sides gear up for what promises a fiesty affair, here are some photos from their training session at Mohali. Photos/AFP... [Read More] 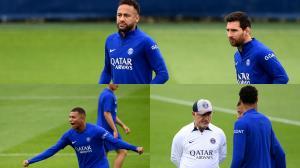 French side Paris Saint-Germain (PSG) will head to Israel on Wednesday night to play their UEFA Champions League Group H clash against Maccabi Haifa. The UCL favourites boast the likes of Lionel Messi, Neymar and Kylian Mbappe amongst others as they look to bring the coveted trophy to Paris. Here are some of the photos from their training. Photos/AFP... [Read More] 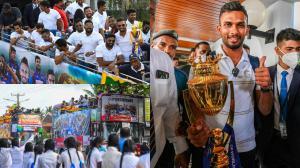 In Photos: Asia Cup 2022 Champions get a rousing welcome

Days after Sri Lanka defeated Pakistan in the Asia Cup 2022 final in Dubai, the Lankan Lions got a rousing welcome back home. Dasun Shanaka and his team held a massive victory parade as they were welcomed by the officials and Sports Ministry. Photos/AFP... [Read More] 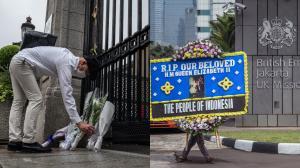 In Photos: People across the world mourn death of Britain’s Queen Elizabeth II

Queen Elizabeth II, the longest-serving monarch in British history and an icon instantly recognisable to billions of people around the world, died at her Scottish Highland retreat on September 8 at the age of 96. Citizens across the world offer condolences after the death of Queen Elizabeth II. Pic/AFP... [Read More] 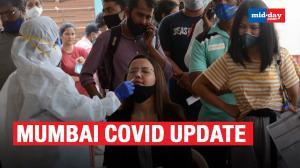 Mumbai has logged four-digit Coronavirus infections for the seventh day in a row, though it reported 685 fewer Covid-19 cases in the last 24 hours compared to 1,803 infections on Sunday, which also saw two fatalities linked to the infection... [Read More]

A passenger plane carrying 127 people on board has crashed in bad weather in the outskirts of the Pakistani capital of Islamabad. Video courtesy: NDTV ... [Read More] 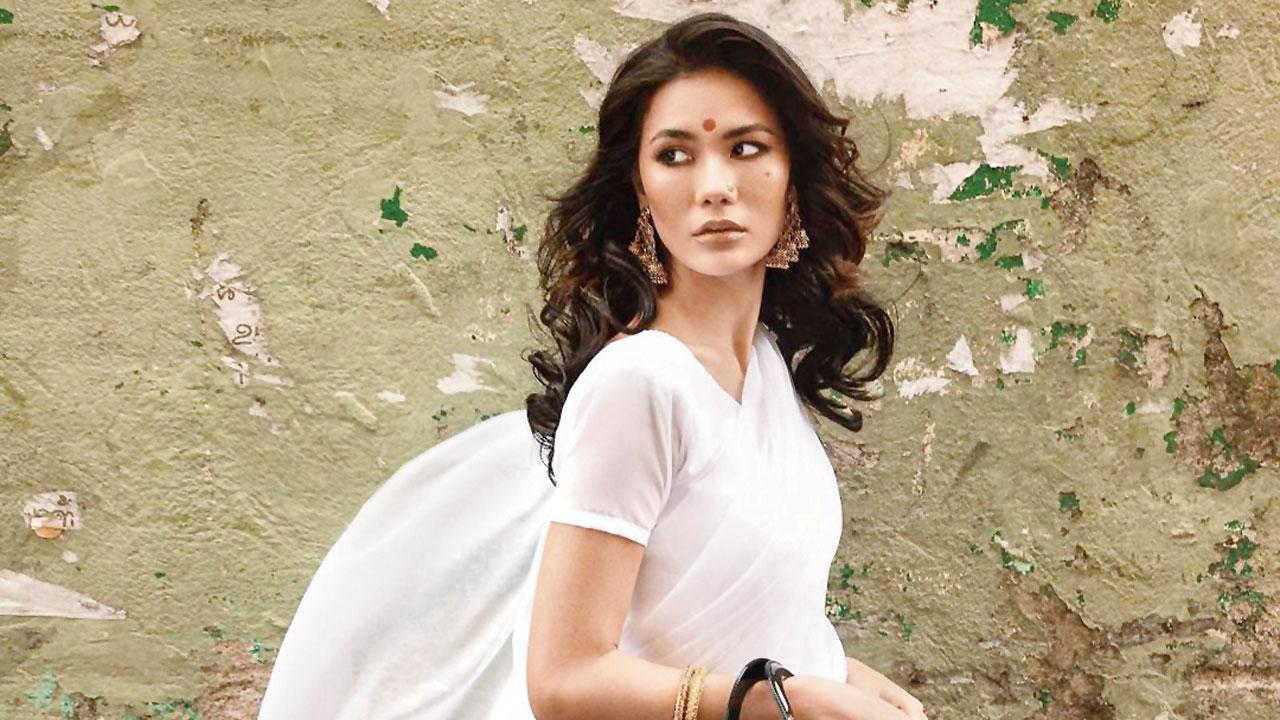 It took me a while to realise that in a country where a ‘b’ is pronounced like a ‘p’, and a ‘g’ like a ‘k’, a Kanku Pie is much more serious than just something exotic to eat

BMC has to admit it messed up to win back trust

The worst was the closure of the crucial east-west connector in bustling Andheri—the Gokhale Road bridge—in October.

Kapil has a right to wonder

Teams that played in an era before broadcast rights went into zillions can’t understand how the highlights in which they featured in, are shown time and again without them getting a share from whoever was monetising it 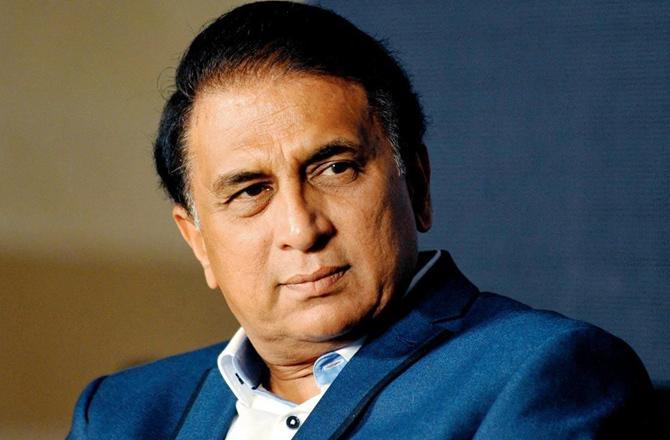