“Congratulations to Team World, amazing comeback,” Federer said. “It’s been emotional at times but I had a great time. I can’t thank you enough for that. I enjoyed every minute” 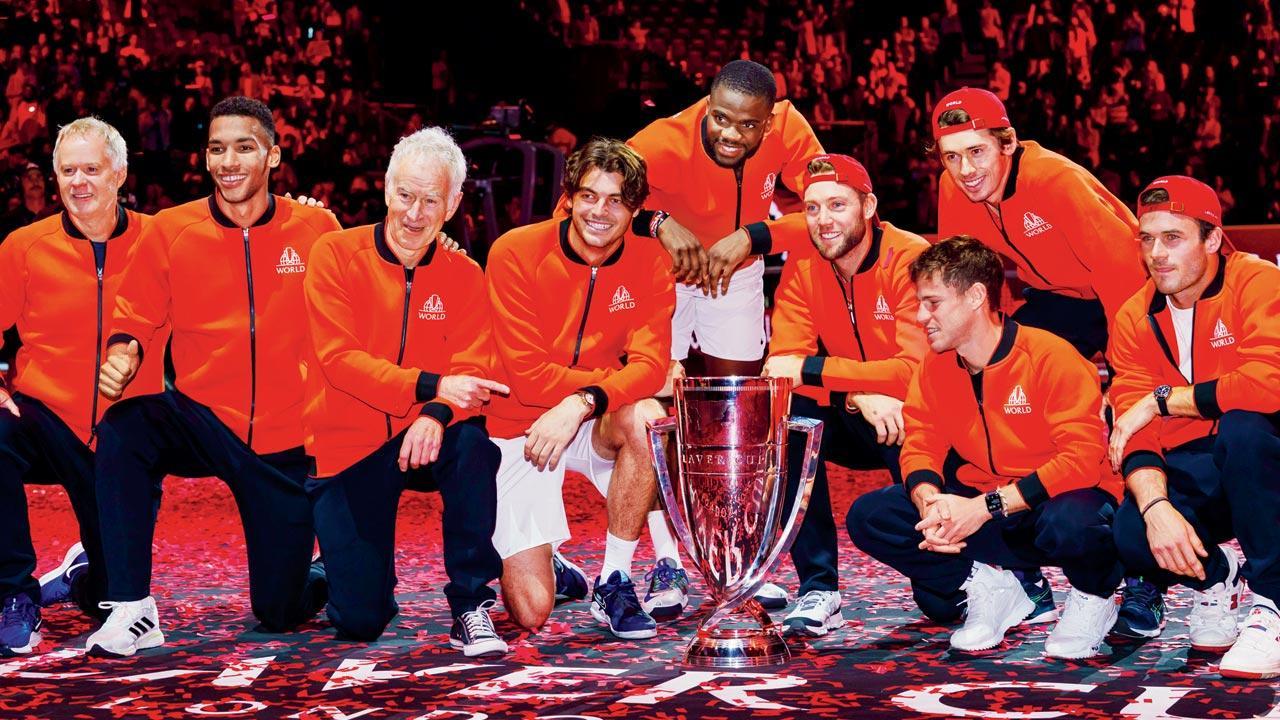 Team World celebrate with the Laver Cup trophy after beating Team Europe 13-8 at The O2 Arena in London on Sunday. Pic/Getty Images

Tiafoe staged a superb fightback to win 1-6,7-6 (13/11), 10/8 in the penultimate match of the tournament at London’s O2 Arena. That was enough to give John McEnroe’s Team World a 13-8 overall margin of victory with a match to spare, sealing their maiden triumph in the competition after Team Europe won the first four editions. While Federer had hoped to mark the end of his career by lifting the trophy in a tournament he helped create, the Swiss legend was left to salute Tiafoe and the rest of the Team World squad.

Also Read: Rohit Sharma: It was an exceptional innings

“Congratulations to Team World, amazing comeback,” Federer said. “It’s been emotional at times but I had a great time. I can’t thank you enough for that. I enjoyed every minute.”

Despite the presence of Wimbledon champion Novak Djokovic and former World No.1 Andy Murray on the Team Europe roster, it was fitting that Tiafoe and Canadian rising star Felix Auger-Aliassime powered Team World’s comeback from a 8-4 overnight deficit. “It’s an unbelievable feeling. Our captain Jonny Mac was tired of losing, he was dropping F-bombs all week. I kept saying that this is our year. It wasn’t just me, we all showed up,” Tiafoe said.

Next Story : Rihanna to perform at NFL’s Super Bowl halftime show next year