Ángel Di María scored the opener and set up the team's third for Dusan Vlahovic, who also won and converted a penalty 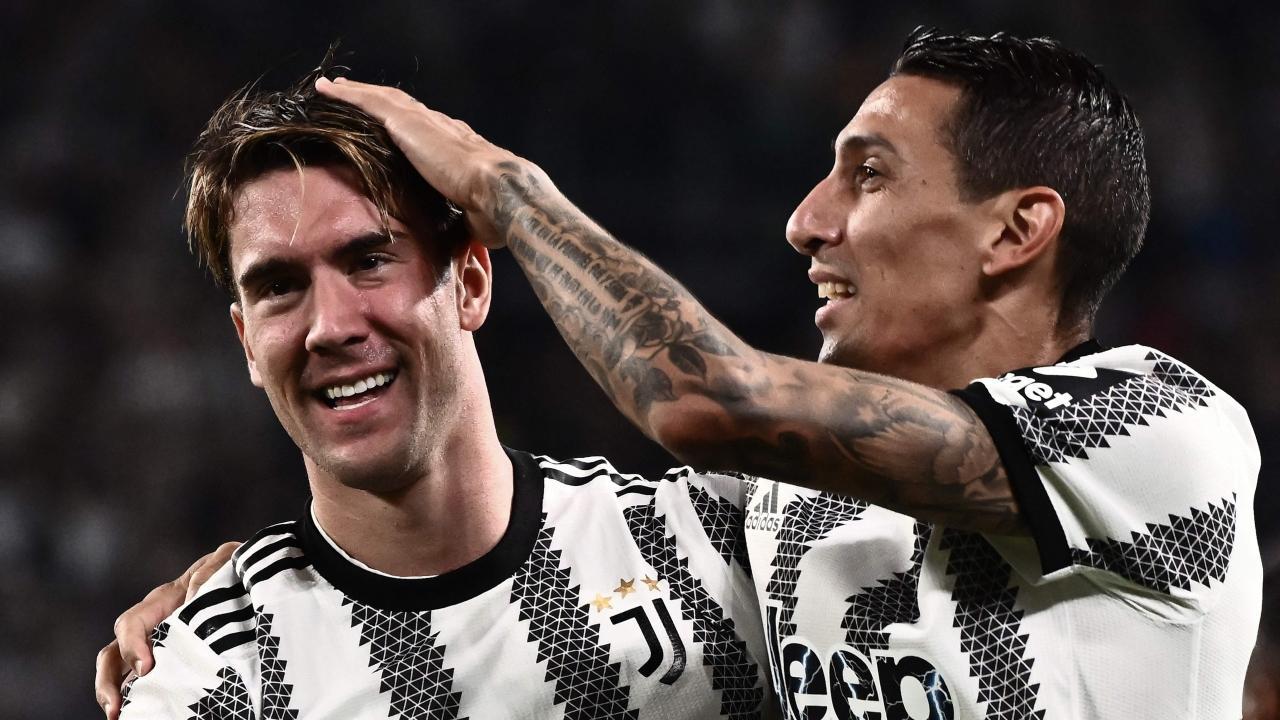 Dusan Vlahovic celebrates with Angel Di Maria during the Serie A match between Juventus and Sassuolo. Pic/ AFP


In the absence of the injured Paul Pogba, it was another new signing who starred for Juventus as the Bianconeri kicked off its season with a 3-0 win over Sassuolo.

Ángel Di María scored the opener and set up the team's third for Dusan Vlahovic, who also won and converted a penalty.

The 34-year-old Di María's impressive performance will only heighten the concern after he walked off in the 66th minute with an apparent injury to his left adductor muscle and a pained expression.

"But he always has that face," Juventus coach Massimiliano Allegri joked. "He had this little adductor problem a week ago, too, but I am not worried. We'll see what the outcome of the tests are tomorrow."

There was less fanfare for the arrival of Di María than Pogba last month. Di María joined on a free transfer from Paris Saint-Germain just days before Pogba completed his return to Juventus.

But Pogba was one of a number of players absent for the opener. Goalkeeper Wojciech Szczesny, Federico Chiesa and Kaio Jorge were injured as well, while Moise Kean and Adrien Rabiot were suspended. Weston McKennie had recovered from injury and started, however.

It was a slow start from Juventus, with little sign of what was to come as Sassuolo had several chances to take the lead.

But it was the Biaonceri who broke the deadlock in the 26th minute when Alex Sandro floated in a cross and Di María's scuffed volley went into the ground and looped into the top left corner.

Juventus doubled its lead three minutes before halftime as Vlahovic powered a penalty straight down the middle after being brought down by Sassuolo defender Gian Marco Ferrari.

Di María almost doubled his tally in stunning fashion shortly after the break when he raced from inside his own half and into the penalty area before curling an effort that went just wide of the left post.

Instead, he set up the third moments later after some poor defending from Sassuolo that saw defender Kaan Ayhan play the ball straight to Di María and the Argentina international picked out Vlahovic, who turned it in from close range.