We must find ways to combat new ball: SA’s Maharaj

Maharaj, who top-scored for the visitors with a 35-ball 41, feels some adjustment and a change in mindset could help them combat the swing 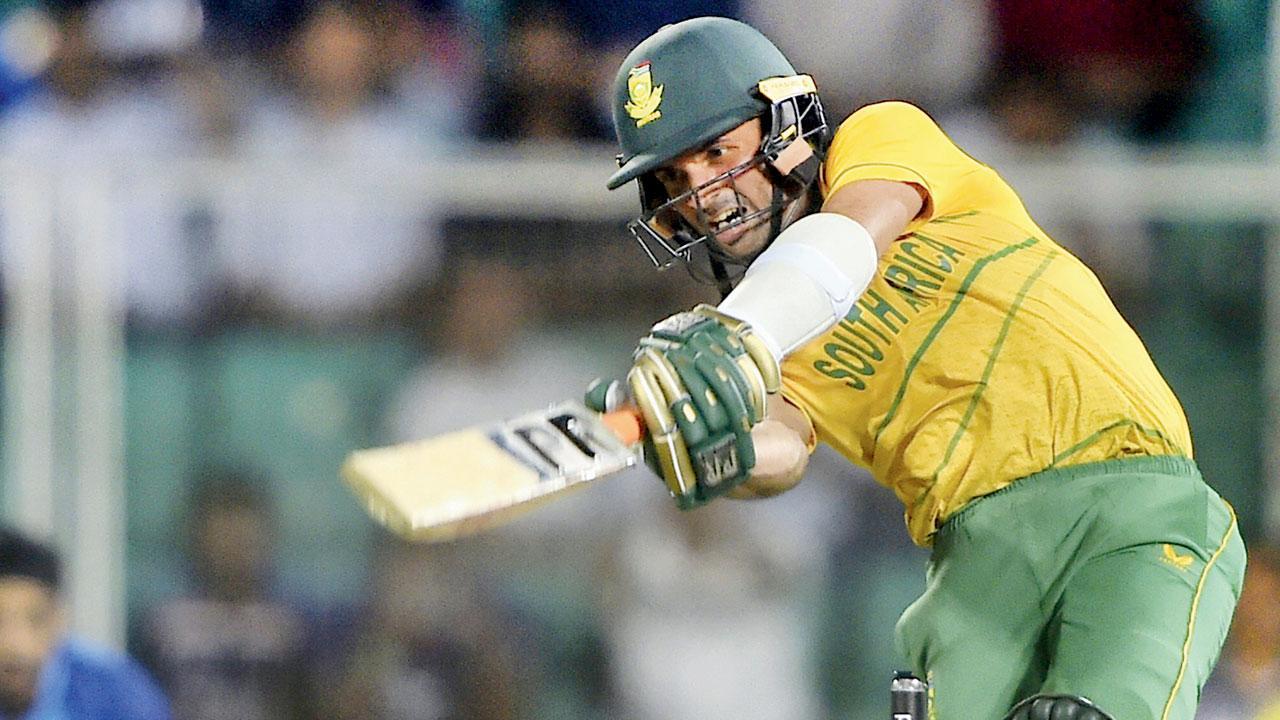 South Africa’s Keshav Maharaj during the 1st T20I against India in Thiruvananthapuram on Wednesday. Pic/PTI


South Africa left-arm spinner Keshav Maharaj feels the Proteas need to re-assess how to combat the new ball which swung “prodigiously” in the first few overs of the series opener against India. South Africa’s batting unit crumbled as Indian seamers Arshdeep Singh (3-32) and Deepak Chahar (2-24) swung the ball both ways to set up an eight-wicket win for the hosts in the first T20I here on Wednesday night.

“I don’t think it’s a chapter we need to dwell too much on. However, we do need to chat about how we started,” Maharaj said at the post-match press conference. “The application we saw upfront, we need to re-assess that and find ways to combat the swing. The ball did swing prodigiously in the first couple of overs.” Maharaj, who top-scored for the visitors with a 35-ball 41, feels some adjustment and a change in mindset could help them combat the swing.

“Something that we need to address is the new ball, the way we are playing it, there is a lot of swing in it. So maybe just adjust our plan and mindset and take it from there,” he added. South Africa were reeling at 9-5 within the first three overs before Aiden Markram (25) and Wayne Parnell (24) steadied the ship before Maharaj took them over the 100-run mark.

“We didn’t expect the ball to swing so prodigiously. It wasn’t an easy wicket to bat on, it was two paced, the odd balls skidded through, a lot of tennis ball bounce at various points,” Maharaj said. “I don’t think we want to dwell too much on what has transpired, but it is something that we can address going forward and hopefully we can rectify that,” he added.

The left-arm spinner felt the team did well to make a match after being in such a precarious position at the beginning of the game. “When you are put under pressure it is difficult to comeback but the boys showed a little bit of fight and character,” he said.

Next Story : Jos Buttler, Moeen Ali not in favour of running out batters at non-striker’s end