The quartet had missed the three-match T20I series against India due to various reasons and their return to the side will add the much-needed firepower ahead of the global showpiece event, of which Australia are the defending reigning champions 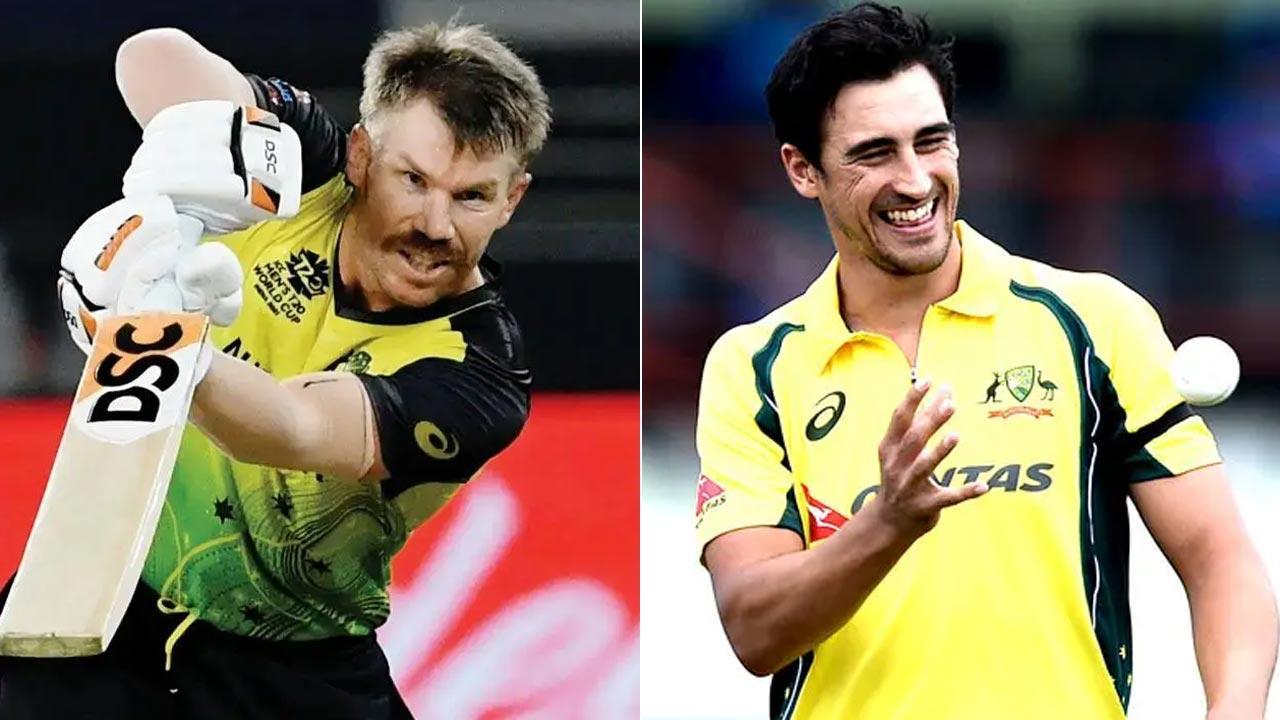 
A full-strength Australia will take on the West Indies in the two-match T20I series beginning at the Carrara Oval on October 5, with the likes of David Warner, Mitchell Marsh, Marcus Stoinis, and veteran pacer Mitchell Starc returning to the fold for the fixture just weeks ahead of the start of the ICC T20 World Cup at home.

The quartet had missed the three-match T20I series against India due to various reasons and their return to the side will add the much-needed firepower ahead of the global showpiece event, of which Australia are the defending reigning champions.

Besides the return of the four stalwarts, young Cameron Green will get another opportunity to prove his T20I credentials as he has also been included in the 16-member squad.

The series will form a crucial period for Australia ahead of the start of the World Cup and they would want to iron out the deficiencies following the 2-1 away loss to India recently.

Green is currently not named in Australia's 15-player squad for the T20 World Cup, but impressed with two half centuries while playing as an opener against India in the absence of the resting Warner and could still feature during the four-week event on home soil if he can continue to perform well, according to ICC.

Right-arm quick Kane Richardson and spinner Ashton Agar have been rested for the two matches on the Gold Coast (October 5) and at The Gabba in Brisbane (October 7), with veteran batter Aaron Finch once again leading the side.

Former Australia batter and national selection panel chair George Bailey said the series against the West Indies will be vital match practice ahead of the T20 World Cup.

"We have and are taking a cautious approach with the World Cup on the near horizon," Bailey said.

"To have four key players return gives us the ability to take a conservative path with any minor issues and resolve those well in time for the World Cup.

"As such we anticipate Kane and Ashton will return for the following series against England."