This knock has taken his run tally in 2022 to 732 runs in 21 innings at an average of 40.66. One century and five half-centuries have come from his bat. His best individual score in the format this year is 117 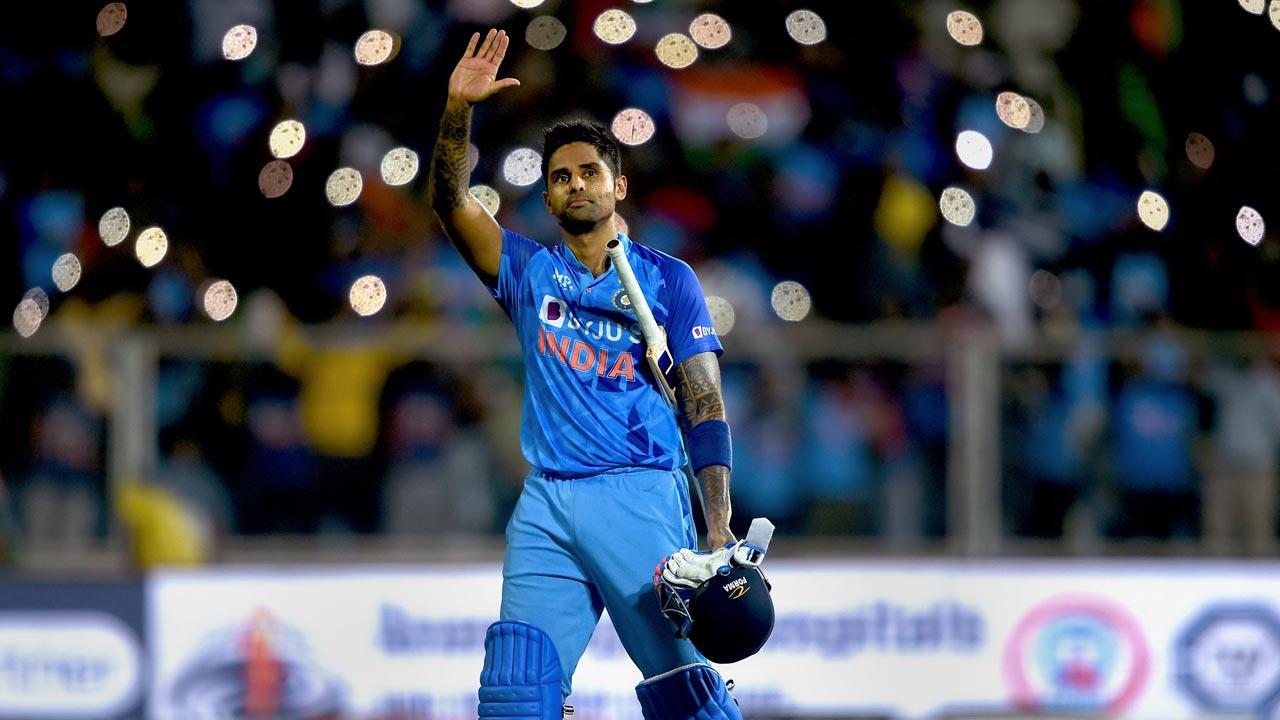 He reached this landmark during India's first T20i of the three-match series against South Africa.

In the match, Suryakumar smashed an unbeaten 50 off 33 balls at a strike rate of 151.52 on a tricky pitch during a chase of 107 runs. His knock consisted of five fours and three sixes.

This knock has taken his run tally in 2022 to 732 runs in 21 innings at an average of 40.66. One century and five half-centuries have come from his bat. His best individual score in the format this year is 117.

He has overtaken the tally of Shikhar Dhawan's 689 runs at an average of 40.52 in 2018. The left-hander had scored six half-centuries in 18 matches.

With this victory, India leads the series 1-0. Put to bat first by India, South Africa had a start that even nightmarish would be an understatement. The unreal swing generated by Deepak Chahar and Arshdeep Singh saw the Proteas lose half of their team for just nine runs in less than three overs.

Chasing 107, India was off to a slow start, losing Rohit Sharma (0) and Virat Kohli (3) cheap to Kagiso Rabada and Anrich Nortje.

India was 17/2 in their six overs after the conclusion of the powerplay. KL Rahul (51*) and in-form Suryakumar Yadav (50*) took the game ahead, with Rahul anchoring and Suryakumar being the aggressor. Both stitched a match-winning 93-run stand to help India secure an eight-wicket win.

Arshdeep Singh won the 'Man of the Match' award for his brilliant spell.

The second T20I will take place in Guwahati on October 2.