Lies they told me about spinach

My mother told me that spinach was a great source of iron. I told my children that. Everybody believes it. Few people thought of asking—is it true, though? 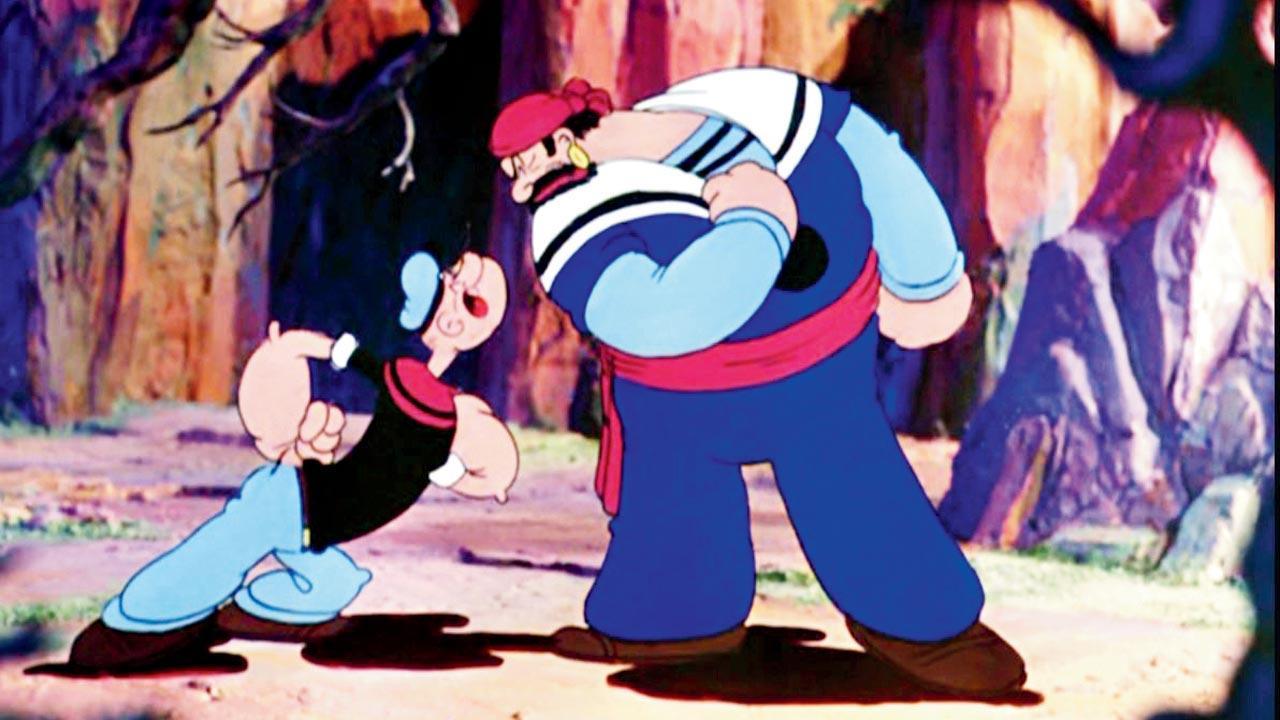 The source of Popeye’s superpower was spinach; eating it made his muscles bulge and he could beat anyone up, and it was mostly Bluto on the receiving end

I think of them now as the Spinach Conversations. They were more like wars, to be honest, and my mother always won because mothers always win. I was just a Palakkad child, what could I possibly know about nutrition?

“Eat your spinach!” she’d say, trying to sound ominous. “It’s good for you.”

“It’s full of iron,” she’d say, and usually that would be the clinching argument. Growing kids need muscles, and muscles need iron. But I don’t give up easily.

“It makes my teeth feel like chalk,” I’d say, and in the beginning this would make her pause. But it wasn’t long before she came up with a rejoinder. “Well, your baby teeth will fall off soon anyway and you’ll get new ones.”

One day, I discovered Popeye comics. Popeye was a pipe-smoking, funny-speaking, emotional sailor who was regularly beaten up by his girlfriend Olive Oil and a thug called Bluto. Then he’d secretly eat some spinach from a can, and his biceps would bulge like spuds. Then it would be wham, bam, slam and Bluto got beaten to pulp.

Popeye, more than my mother, was scientific proof for me that spinach did contain iron. I ate a lot of spinach for iron back then, though I remained skinny and lanky. We also ate hateful carrots because their vitamin A was good for eyes, green beans because they had proteins, and milk because of the calcium.

As an adult, I continued eating spinach. When I had children, I had the Spinach Conversations with them. “Spinach is good for you,” I told them. “It’s full of iron.”

Now that my children are both adults and we have a thing called Google Search, I asked the question I hadn’t dared ask till now: Is spinach really a source of iron?

The answer seems deceptively straightforward: it’s yes, to start with. A food can be called a source of iron if 100 gms contain at least 15 per cent of the recommended daily intake (or RDI) of iron.

So Popeye was right? My mother was right? Is spinach better than steak?

When in doubt, scroll. Further down the page, I saw the word bio-availability. Turns out that though spinach may have lots of iron, it’s packed up inside polyphenol compounds and your body can absorb a mere 1.7 per cent of it, or 0.044 mg. On the other hand, the bio-availability of iron in sirloin steak is 20 per cent or 0.5 mg.

Nutshell: spinach has iron but your body gets precious little of it.

You know what they say about knowledge. Good answers lead to better questions. My next one was: how on earth did spinach get linked with iron?

When in doubt, you can always blame the Germans. In this case, they pinned the blame on Erich von Wolf who was researching spinach in 1870 and accidentally put the decimal point in the wrong place, turning 0.35 mg into 3.5 mg, a tenfold increase. Almost overnight, spinach became a miracle food.

In 1929, the cartoonist Elzie Segar introduced a skinny oddball sailor called Popeye into a comic series called Thimble Theatre. The source of Popeye’s superpower was spinach; eating it made his muscles bulge and he could beat anyone up. Popeye was soon a national favourite and the comic strip got renamed after him. Meanwhile, the sales of spinach shot up 33 per cent in the 1930s, saving America’s spinach industry and making it one of the world’s most popular vegetables, powered by one of the world’s most durable myths—that it was a great source of muscle-building iron.

I love the motto of the Royal Society in London: Nullius in verba, or “take nobody’s word for it”. It asks for scepticism, even of experts. So I kept scrolling.

Even the so-called ‘truths’ about spinach were balderdash. The decimal point error could just not be proven. In 1937, scientists tried to set the record straight but, too late, people preferred Popeye’s version. In 1981, Terry Hamblin, a haematology consultant at the Royal Victoria Hospital, wrote in the British Medical Journal, again drawing attention to the typo.

Another researcher found that E C Segar made Popeye a spinach-lover because of its vitamin A, not its iron.

But nothing changed. People believed what they wanted. Spinach remained king.

I eat spinach because few dishes are as satisfying for a south Indian as a poduthuval of quick-fried spinach with coconut, curry leaves, red chillies and a garnish of mustard and urad dal.

My teeth still feel like chalk afterwards, but now I know that’s because my teeth are coated with calcium oxalate, created when the oxalic acid and calcium ions in spinach interact with my saliva.

Nothing that can’t be fixed by brushing your teeth.

Here, viewed from there. C Y Gopinath, in Bangkok, throws unique light and shadows on Mumbai, the city that raised him. You can reach him at cygopi@gmail.com

Next Story : Down with dress diktats aimed at control