Kathakali eyes that do the talking

Sticking around long enough, I guess no one remains underrated forever. Shefali Shah, 49, is a good example 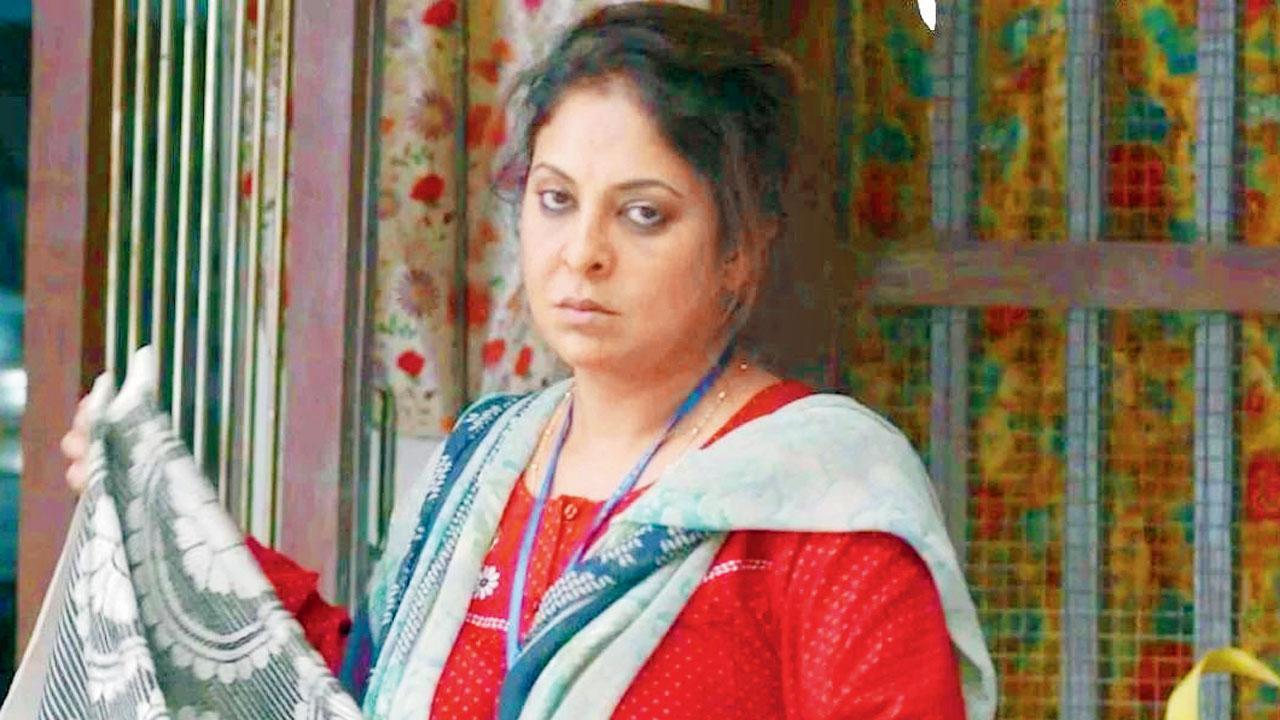 A young Shetty boy, obviously a Bunt from Karnataka/Mangalore, left his home at a really young age, by himself, boarding a train to Bombay, to build a life in the big city. As could be quite common within the community, he found himself doing odd jobs at one of the Udupi restaurants that dot the working-class metropolis.

Only his interest lay elsewhere. More specifically, in playing football. How does he get spotted for this talent? Inevitably with a stroke of luck, by a keen eye, who was watching this kid randomly hitting around a tin/dabba of dalda (a type of ghee) out in the open. The skill was too obvious to ignore.

Right thereafter the boy found himself training, and later playing professionally for the soccer team, Mahindra United FC, competing then at top-tier football leagues. This is how actor Shefali Shah (née Shetty)’s poor father found footing in Bombay, in order to raise a middle-class family in a city he knew no one.

As Shefali was telling me this anecdote about her dad, sometime ago, it occurred to me how we make journeys of individuals—whether in their personal triumphs, or tragedies—so much about them.
Whereas the story so often starts before them. In effect, nobody is really self-made, isn’t it? We like to assume so, because it fits well into our theories on success/greatness in general.

We know Shefali, 49, because? She’s an actor. Something she chanced upon, because a teacher involved in professional theatre suggested she give Gujarati stage a chance. Language is not an issue, because Shefali’s mother is Gujarati. Her mother would tag along on multi-city tours with the plays, because she was still too young to travel alone.

Television in the early ’90s naturally followed. These are also the initial years of satellite TV in India, when the quality of soaps/dramas were of sustainable quality, before they slipped southward to daily grunt-work for TRPs/ratings alone. But films/Bollywood was still the sole big league in the ’90s, no?

Where could we have first recognised Shefali from, in Bollywood? It could’ve been Ram Gopal Varma’s Rangeela (1995). Only that Varma offered/narrated her a part that was turning out very differently on the shoot. Not her thing, she bowed out. When Varma was making Satya (1998), he sent over writer Anurag Kashyap instead to convince her to play gangster Bhiku Mhatre’s (Manoj Bajpayee’s) wife, Pyaari.

Likewise, the point of Satya is a gangster, who’s outwardly just any regular bloke in the city—something that only gets established with Bhiku as a family man, and his adorable wife (Shefali). These are landmark roles/films. Only that it didn’t do so much for her, evidently.

She famously played mother to Akshay Kumar in Waqt (2005), who’s actually five years older to her—having hopped on chiefly to “work with Amitabh Bachchan” (who plays her husband in the film).

Surely she somewhat regrets that odd call? Turns out she declined powerful mom roles in Neerja (2016) and Kapoor & Sons (2016), only because she’d played the mother in Dil Dhadakne Do (2015), her Bollywood comeback of sorts.

What happened for a decade in the interim? She’d practically disappeared. Missing (pretty much)! Was that a different world of films/Bollywood? What matters is she totally returned with Richie Mehta’s Delhi Crime (2019)—India’s first Emmy Award winning show, because global OTT/Netflix allows for this to happen—with a part (DCP Vartika Chaturvedi) that gave her enough stress to bawl inside the loo of her vanity van during shoot once.

She played the lead in Human (2022, on Hotstar) to crack a “tough part”—imagining a calm queen-pin of an illegal drug testing cartel, as a “cross between Princess Diana [demeanour], and the Joker [mental state]”.

It’s an acting process she has begun to only lately earnestly develop. Although instinctively you can sense the same expressive eyes from MW—that explained so much in 15 minutes’ flat—in Darlings (2022) on Netflix as well, while she effortlessly oscillates between characters from such disparate socio-economic classes. As with Jalsa (2022, on Amazon).

I guess if you stick around long enough, no one remains underrated forever. Neither do audiences nor technology stay the same. The down-time teaches better lessons though, don’t they? What was it for her?

Nothing, really, she says, besides that you really wait for what you wanna do. She’s done about 40 films/series—a relatively limited filmography by Indian standards. It’s not a privilege that all actors enjoy,
of course.

In that interim, since I did wonder, Shefali actively paints, cooks (she started a restaurant in Ahmedabad), and has directed two short films.

And, oh, she also stepped back to raise two children. One of whom, it turns out, was equally blessed with their grandfather’s football genes, having stepped out to play soccer in Spain! Seems like decently multiple life goals to me.

Mayank Shekhar attempts to make sense of mass culture. He tweets @mayankw14
Send your feedback to mailbag@mid-day.com
The views expressed in this column are the individual’s and don’t represent those of the paper.

Next Story : Let’s do our bit to help cops reunite missing kids