All grace, class and soft hands

Sharad Hazare, the Mumbai wicketkeeper, who passed away on his birthday earlier this week, will be remembered for his fine glove work and humility 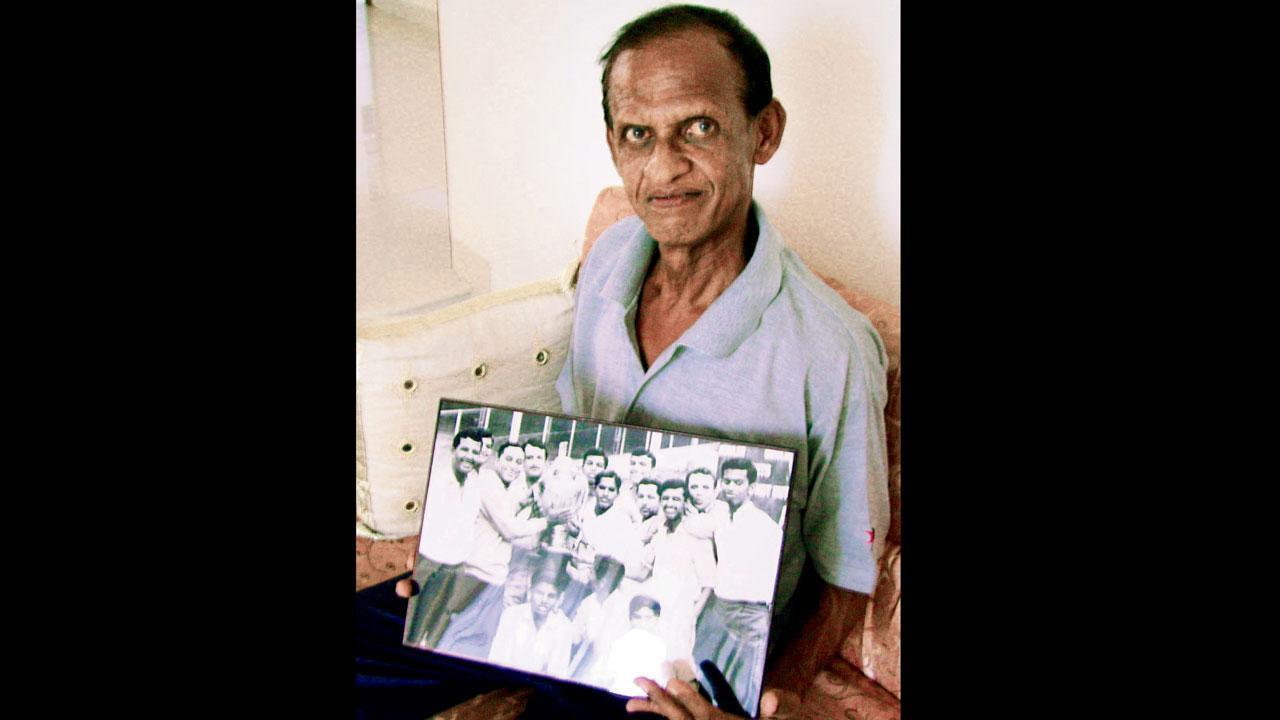 The way former Mumbai stumper Sharad Hazare bid goodbye to his family and friends on Monday was akin to his cricket: They were well aware of his health issues, but he surprised them by departing on his birthday. Likewise, teammates knew how brilliant he could be behind the stumps. Yet, the alacrity he displayed to deny stepping out opposition batsmen a chance to make their ground, would be unbelievable.

It is not known how many first-class players died on their birthday, but renowned facts and figures man Steven Lynch tells me that 1943-born West Indian all-rounder Keith Boyce passed away similarly on October 11, 1996.

In his Ranji Trophy cricket years (1968-69 to 1976-77), Hazare kept wickets beside a cordon of India greats while on the maidans and gymkhana grounds; he was one wicketkeeper promising stumpers wanted to learn from.

“We [Mumbai] were invincible. We never thought we could be beaten,” Hazare told me in 2008. But there were jittery times. Like at Baroda in 1971-72, when Mumbai were reduced to 81 for eight by the hosts. “I remember the lambasting we got from our manager Vijay Manjrekar at lunch. No one touched any food that afternoon,” he said. Typical of the man, Hazare didn’t speak about the fact that he top-scored for Mumbai in that first innings with 33 and the vital partnerships he had with Abdul Ismail and Padmakar Shivalkar to help Mumbai post 129. During their 33-run stand for the ninth wicket, Hazare asked Ismail to hang around while he’d tackle Mumbai wreckers Narayan Satham and Anthony Fernandes.

Mumbai went on to win by 284 runs to undo the fine work done by Baroda pacers Satham (6-74) and Fernandes (4-54). It was an incredible match. Twenty wickets fell for 171 runs on the first day with Mumbai bowling out their opponents for 42.

Two seasons before that, Hazare came close to playing a Test. He was included in the 14 for the fifth and final Test against Bill Lawry’s Australians at Chennai. “Farokh Engineer was down with fever and I was sure to play. Somehow, he played the Test and I was never called again despite doing well in domestic cricket,” he said.

Hazare was also in contention for a place in the Indian teams that toured West Indies and England. But the selectors opted for P Krishnamurthy and Rusi Jeejeebhoy in the Caribbean, while Farokh Engineer and Syed Kirmani were part of the England tour.

Hazare was naturally disappointed, but Sudhir Naik, who led Mumbai to Ranji Trophy glory in 1971, noticed how Hazare didn’t allow that blow to affect his glove work. Naik didn’t have to worry about his ’keeper giving away extra runs to the opposition and Hazare kept brilliantly on a Day Five Brabourne Stadium pitch that turned in the Mumbai v Maharashtra final.

Test player Kiran More, who was Tata Sports Club’s wicketkeeper after Hazare, told me on Tuesday that it was fascinating to watch Hazare behind the stumps—all grace, class and soft hands. “I learnt a lot by just watching ‘SK’ although we had a few sessions together as well,” said More.

Like several Mumbai first-class cricketers, Hazare was a school cricket stalwart. He represented Maratha High School, where he captained players like Eknath Solkar and Ramnath Parkar. He was coached by Vinoo Mankad at the LR Tairsee nets and found a sort of base at the PJ Hindu Gymkhana. He was proud to play for them throughout his career save two years when Cricket Club of India invited him to be part of their team.

Hazare was always proud of what he achieved. His 81 catches and 29 stumpings in 44 first-class games is a remarkable record. That he couldn’t set foot on a Test match field caused him to shed tears while watching cricket on television at times. He didn’t sound boastful when he uttered, “I can keep wickets in my sleep,” during my 2008 interview with him. It came from a humble man who cherished some memories too. Among the tangibles is a card printed by the Tamil Nadu Cricket Association which had his name among the 14-man Test squad for the 1969-70 Chennai Test.

Also Read: Hope Windies can be that force again!

And while his son Siddharth will ensure that piece of memorabilia is safe, what will also stay is the memory of Sharad Kaluram Hazare, a man whose tiny frame gave it all, be it in front or behind the wickets.

mid-day’s group sports editor Clayton Murzello is a purist with an open stance.
He tweets @ClaytonMurzello. Send your feedback to mailbag@mid-day.com
The views expressed in this column are the individual’s and don’t represent those of the paper.

Next Story : We need to understand our cops’ woes too