On June 20 morning, the family of two brothers - Popat Vanmore and Dr Manik Vanmore - their mother, wives and four children had died on the same day 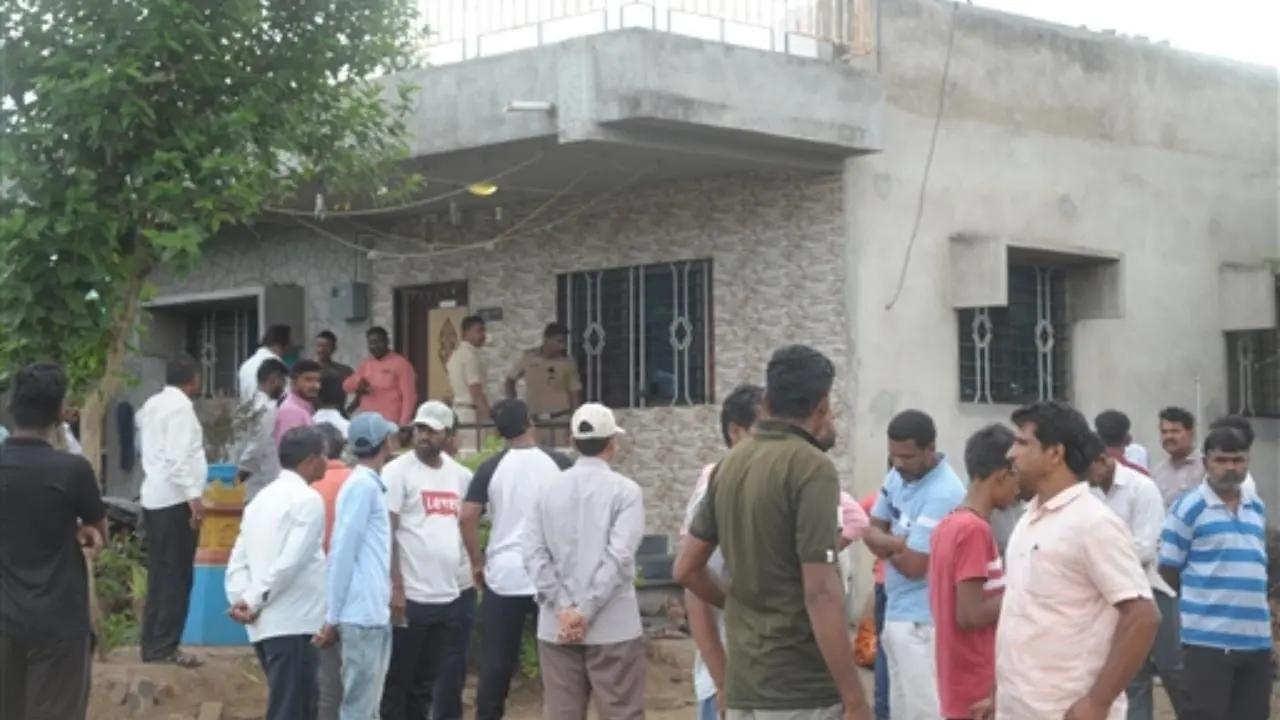 Locals outside the house of the victims. File Pic/PTI


Almost a week after the Sangli police had found the bodies of nine members of the same, the investigations into the deaths has revealed that the deceased were allegedly poisoned to death by two people suspecting the family's residence had hidden treasure, the Sangli police said.

An official from Sangli police said, "While probing the matter, the police learnt that a self proclaimed godman identified as Abbas Bagwan and his aide Dheeraj Survesh were in contact with the Vanmore family. It was found that the duo were allegedly involved in the deaths of the nine members of the family, it is also suspected that the family was given poison in their food. The two have been arrested from Solapur and further investigations are being done."

Speaking to mid-day.com, Superintendent of Police, Dikshit Gedam confirmed the development and said, "In the probe it has been found that the family was killed and hence section 302 (Punishment for murder) of the Indian Penal Code (IPC) have been invoked and two more people have been arrested in the case."

Initial investigations had pointed out at alleged local money lenders pressure, since the family had also taken loans. On a complaint the police had also booked 25 people in the case, the police had earlier said.