'There is no need of raising an issue. Court has already given its judgment. Everyone is following it, 99.99 per cent have followed. Whatever decision they take, it has to be followed. Students should leave all this Hijab issue and concentrate on their education,' says Bommai 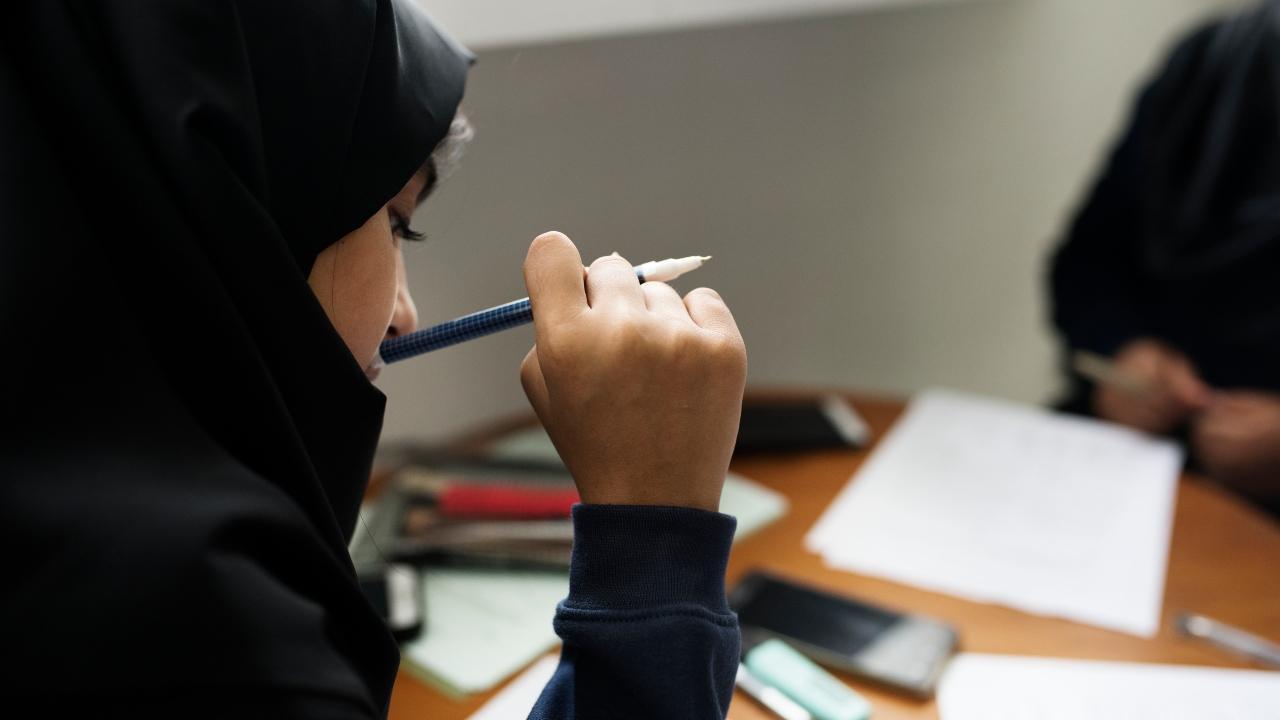 
After the hijab issue resurfaced in Karnataka, Chief Minister Basavaraj Bommai on Saturday called for abiding by the High Court order in the matter.

"There is no need of raising an issue. Court has already given its judgment. Everyone is following it, 99.99 per cent have followed. Whatever decision they take, it has to be followed. Students should leave all this Hijab issue and concentrate on their education," said Bommai.

Muslim students of University College in Managluru on Thursday visited Deputy Commissioner's office to submit a memorandum to allow the wearing of hijab in classrooms.

This came after the degree college, on May 16, issued a ban on hijab or a headscarf inside the campus. Students of Mangalore University College on Thursday staged a protest on the campus against wearing Hijab in classrooms.

The students condemned the college for failing to implement the Karnataka High Court's order on Hijab within educational institutions.

The hijab row in Karnataka erupted in January-February this year when some students of Government Girls PU college in the Udupi district of the state alleged that they had been barred from attending classes. During the protests, some students claimed they were denied entry into the college for wearing hijab.

Stating that wearing the hijab is not an essential religious practice in Islam and freedom of religion under Article 25 of the Constitution is subject to reasonable restrictions, a full bench of the Karnataka High Court on March 16 dismissed a batch of petitions filed by Muslim girls studying in pre-university colleges in Udupi seeking the right to wear hijabs in classrooms.

The Court also upheld an order issued on February 5 by the state, which suggested that wearing hijabs can be restricted in government colleges where uniforms are prescribed -- and ruled that "prescription of a school uniform" is a "reasonable restriction" that is "Constitutionally permissible".