Witnesses say locals were carrying him to the hospital on a stretcher when an ambulance arrived midway, but he died; civic chief blames bad roads for delay 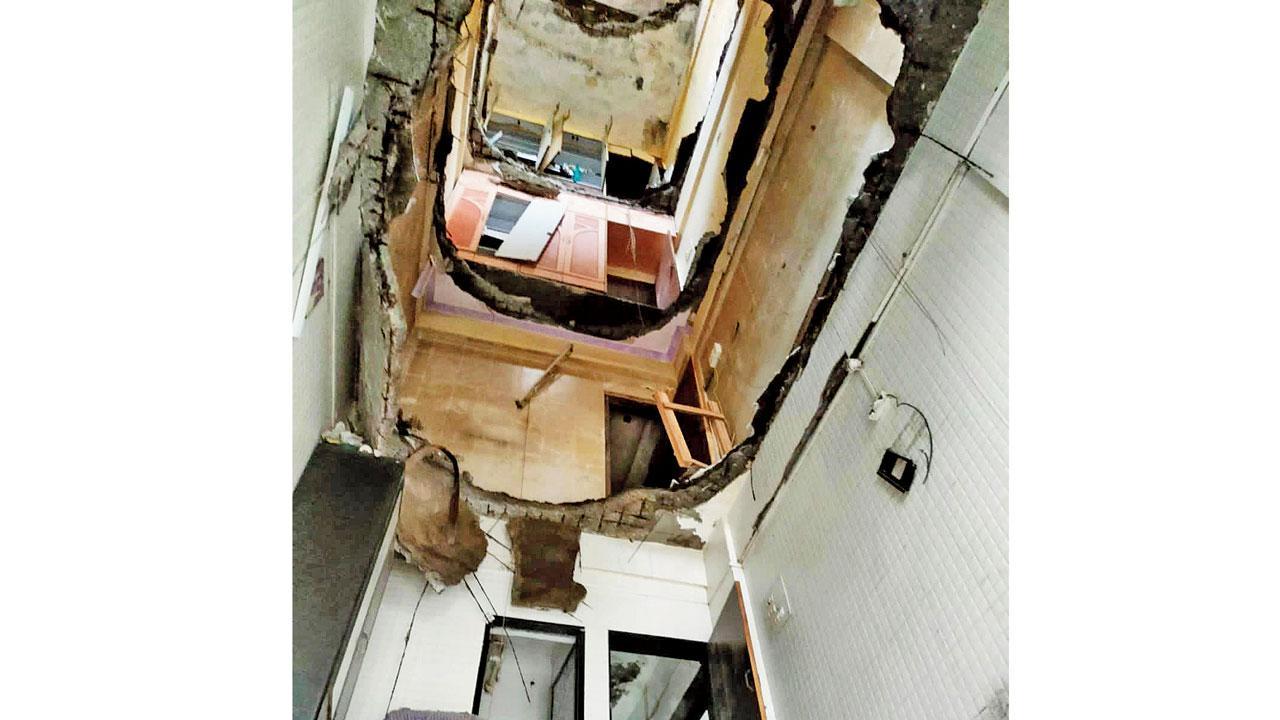 
As the partial collapse of a building in Ulhasnagar claimed four lives on Thursday, it came to light that the society secretary had defied multiple notices for a structural safety audit since May. The deceased included a family of three—a speech-impaired couple and their daughter who was to get married in December.

A portion of the ceiling of the fourth floor of Manas Tower cracked and came crashing down on the others, leaving a hole in the building and three of a family and another resident dead. Locals in the Ulhasnagar Camp no. 5 rushed to help and alerted the Fire Brigade and police around 1 pm. Nine of the 20 flats in the ground-plus-five-storey building were occupied at the time. 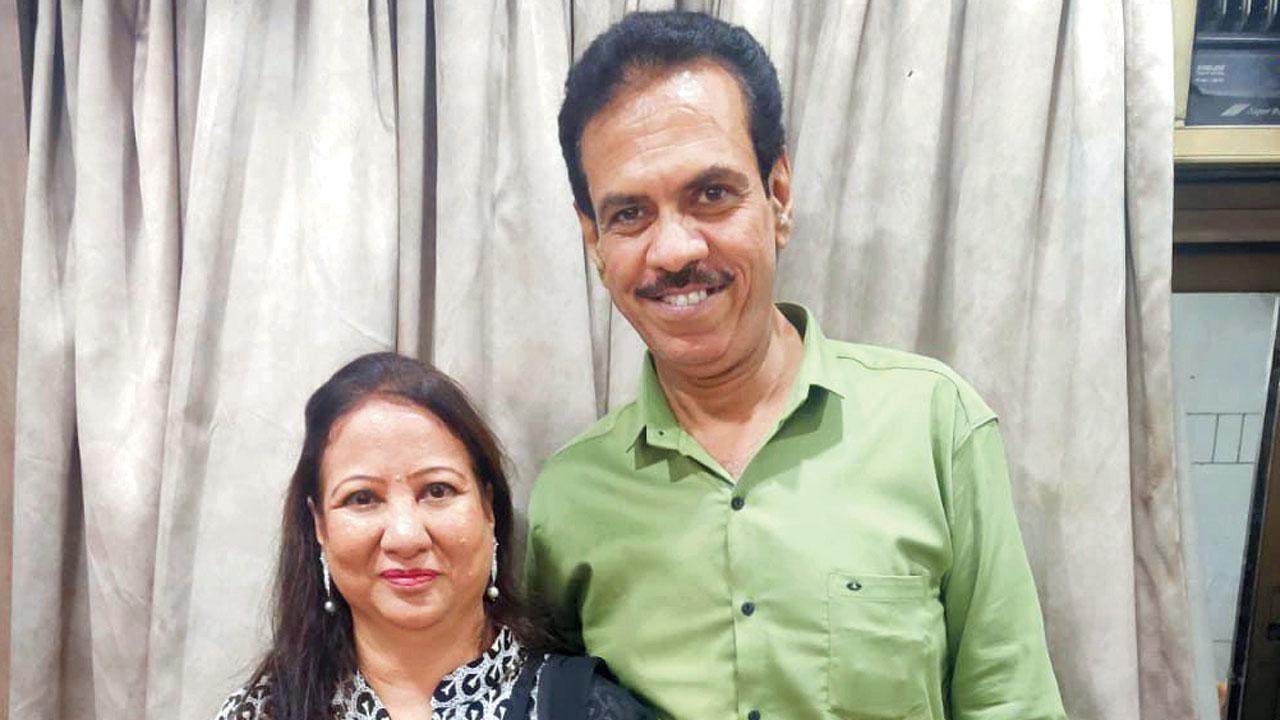 Fire Brigade personnel found four people after clearing the debris. They were declared dead on arrival at Ulhasnagar Central Hospital. The deceased have been identified as Dholumal Dhanwani, 58; his wife Renu Dhanwani, 55; their daughter Priya Dhanwani, 24; and another resident Sagar Ochani, 19.

According to witnesses, Ochani was breathing when he was pulled out of the debris, but there was no ambulance at the site. The Ulhasnagar Municipal Corporation (UMC) officials waited for the ambulance for almost 20 minutes, they added. The locals finally opted to carry him to the hospital on a stretcher. As they walked a few metres, an ambulance arrived and he was put in it. However, he had succumbed to the injuries. UMC commissioner Aziz Sheikh blamed bad roads and narrow lanes for the delay in the arrival of the ambulances.

On May 24, the UMC informed the housing society members of Manas Tower that civic engineers, during an inspection, found the building structurally unstable and unsafe. The society members were given 14 days to get a structural audit done and take necessary action, if needed, and submit a report to the UMC engineer. However, despite receiving a third reminder on July 22, no audit was done.

The society office-bearers were warned of legal action in case of loss of life because of defiance of the audit order. “We had sent notices to the Manas society for a structural audit, but it was not done. The structure was unstable and many families had moved out, except nine. We are doing our best to vacate all buildings that are marked dangerous,” said Sheikh. 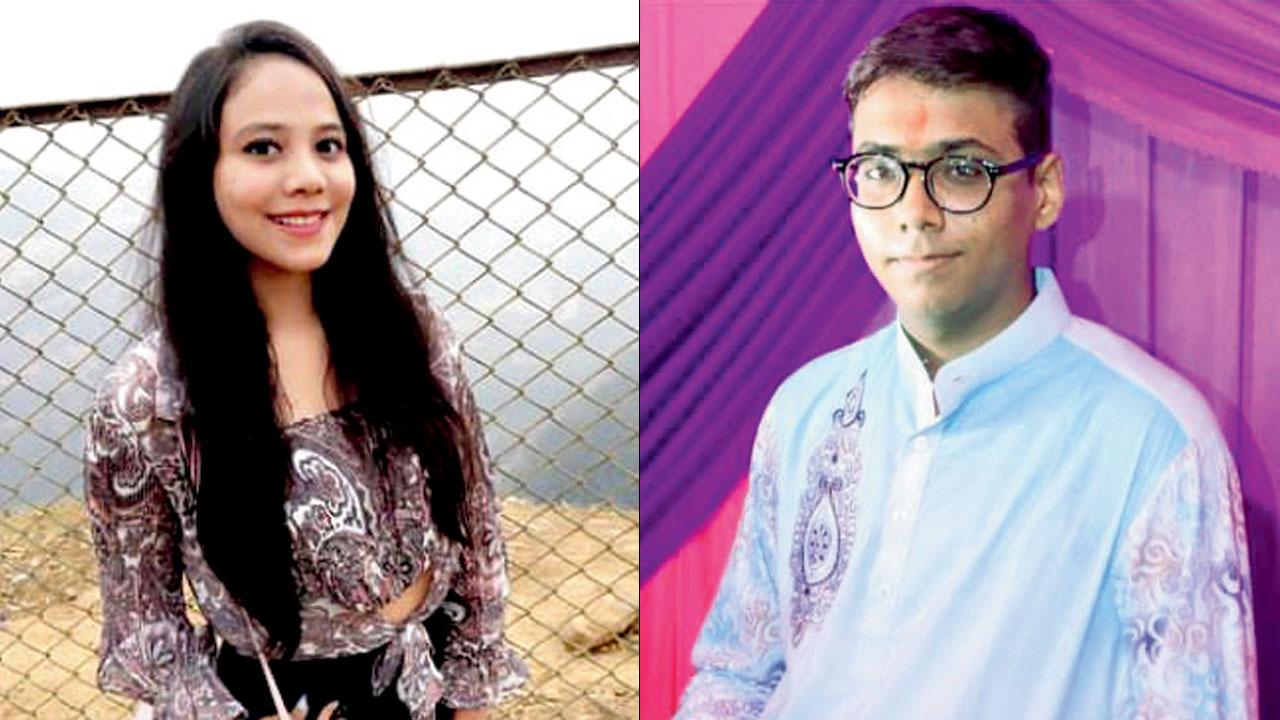 Priya Dhanwani (right) Sagar Ochani, who was breathing when pulled out of debris, witnesses say

On the probable cause of the collapse, Dr Balaji Kinikar, MLA from Ambernath constituency, said, “The flour mill in the basement had produced vibrations that could have led to the collapse of the slab, which was already looking dangerous. Despite instructions from the UMC, some families were living in the building. This is a serious lapse on the part of the residents as well as civic officials. I have requested the municipal commissioner to move every family out of dangerous structures immediately.”

This is the second such incident in the past seven days. On Sunday, a parapet of Sai Sadan building in Camp no. 3 collapsed on a neighbouring home, killing a 60-year-old man and injuring his wife.

Currently, there 72 buildings under the UMC’s jurisdiction, whose housing society members have been asked to furnish an audit report, but most have not done that. Three of them are highly dangerous, but the residents have not moved out yet. The UMC has directed the respective departments to disconnect electricity and water supply. The residents of one building have moved court and the matter is subjudice. “Many structures in the city are at least 30 years old, and many don’t even have a housing society to maintain them or do structural audits. Also, when corporations visit such buildings and tell residents to vacate them, they show reluctance,” said a civic official. “The already dilapidated structures are getting weaker due to incessant rain. The residents should understand the danger and leave the house as soon possible,” he added.

Next Story : Mumbai: 35-year-old Virar resident accidentally hangs self while fighting with wife over Rs 500