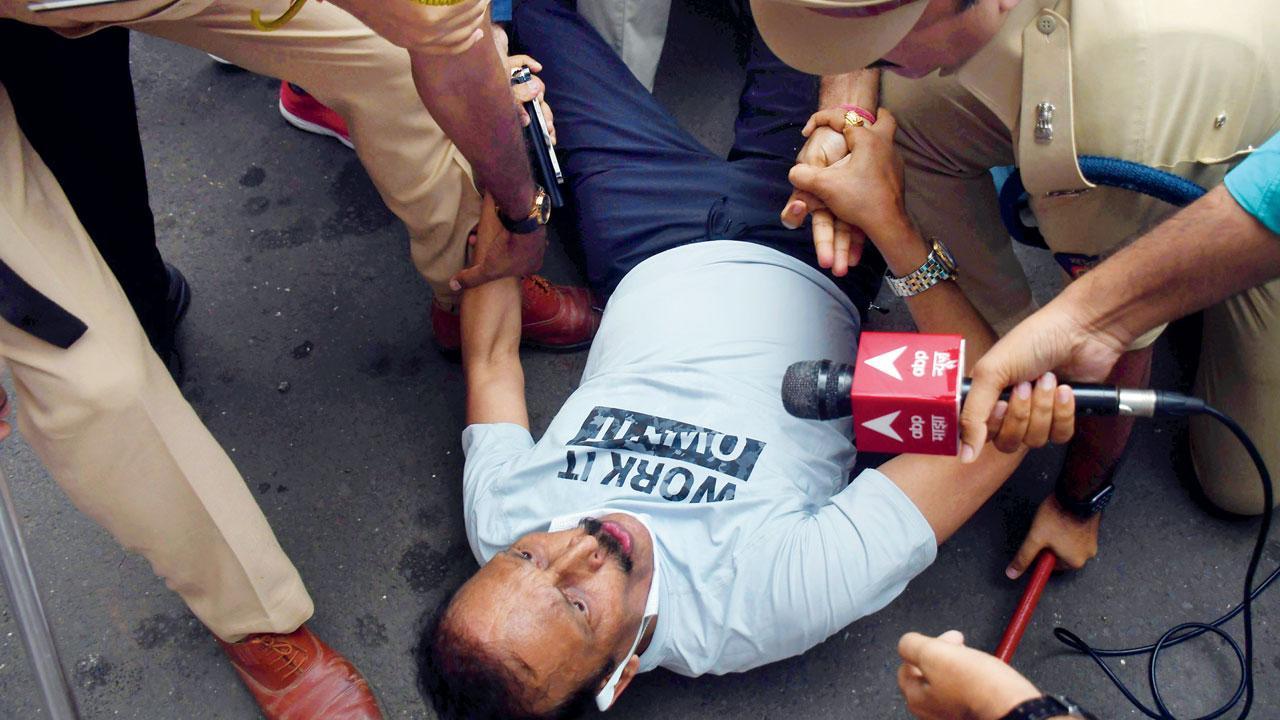 Mumbai Congress president Bhai Jagtap lies on the ground following a scuffle with the police during the party’s protest at Malabar Hill on Friday. Pic/Ashish Raje


The Congress has accused the Centre and the state of suppressing its democratic right to agitate peacefully over public issues such as rising inflation, failed national economy, growing unemployment and ‘undeclared emergency’ that disallowing debate in Parliament. This came after senior party leaders and workers were arrested on Friday in Mumbai and the rest of the country. The party has claimed that over 10,000 protesters were arrested in Mumbai alone.

In Delhi, the party’s former president Rahul Gandhi attempted a walk to the Rashtrapati Bhavan from Parliament, while in Mumbai, state chief Nana Patole and others were detained at Vidhan Bhavan from where they were expected to go to Raj Bhavan. The Congress also condemned the BJP governments for deploying Central agencies against the Opposition, the Congress top leadership in particular. 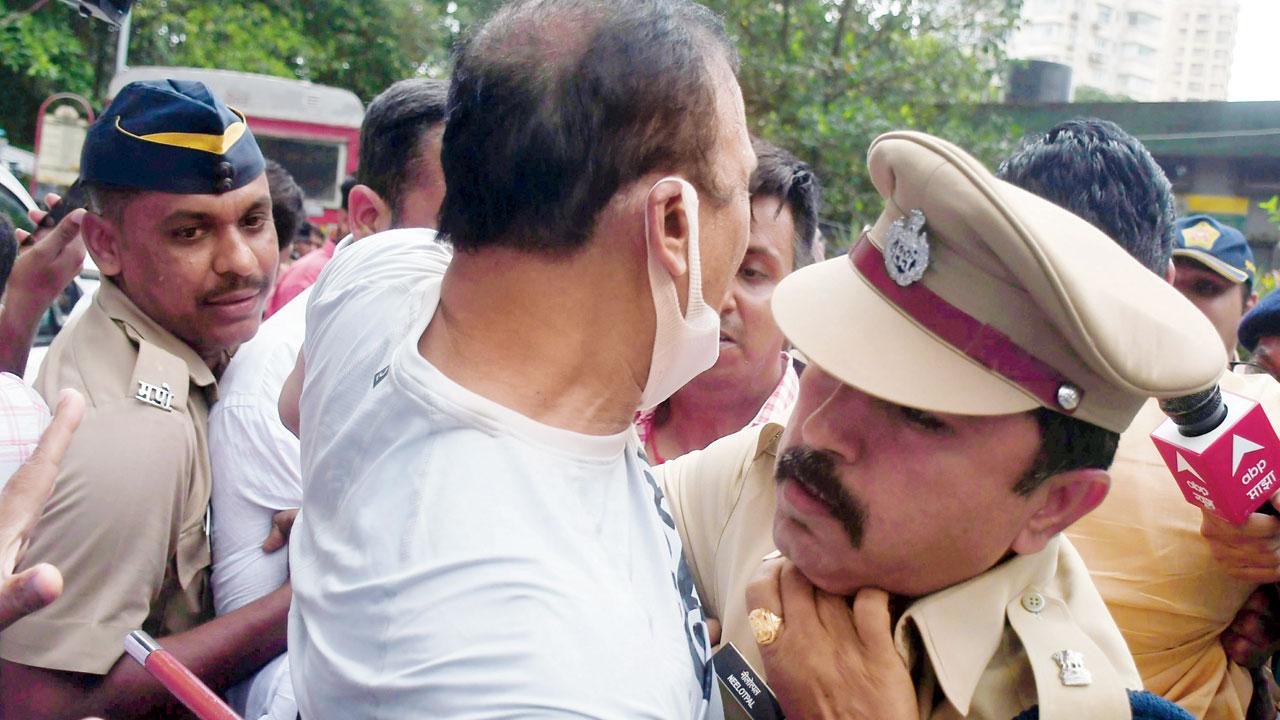 Mumbai Congress chief Bhai Jagtap gets into a scuffle with the police during the protest against price rise and the governor’s comments, at Malabar Hill on Friday. Pic/Ashish Raje

Addressing the media after the agitation, former chief minister Prithviraj Chavan said that the BJP government had lost control over the Indian economy. “There is no money to pay salaries and pensions. The government is completely clueless. It has raised loans to the maximum extent, increased taxes. After we lost power in 2014, the [Prime Minister Narendra] Modi government has earned an additional Rs 28 lakh crore. Even then it does not have the money,” he said.

“What did it do then? It has sold public sector companies, banks, navratna companies, even the LIC is being diluted. Who is buying these companies, directly or indirectly? Only one crony. Suddenly he has become one of the richest persons in the world…fastest growth of an individual seen anywhere in the world is happening with the blessings of PM Narendra Modi,” he added.

Chavan claimed the Agnipath Yojana was directly linked with the economy as the government does not have the money to pay pensions and hence is hiring soldiers on a contract basis, leaving the international borders unsafe.

He recalled the public ire over the failure to find solutions to the economic downslide in countries like Sri Lanka and England where the top leadership had to exit under public pressure. He said the highest ever inflation was impacting the country’s export-import as well as daily life.

“Unemployment is at its highest. How can our peaceful agitation be suppressed? We will continue our agitation,” he said, condemning that the Opposition was not allowed to debate the issues in Parliament and suggest ways and means to handle the situation that would soon go beyond control.