'There are daily sightings of leopards and other smaller species in the carshed spot and around it, and the previous MVA government is proud to have declared over 800 acres of the site as forest,' Thackeray says in a series of tweets 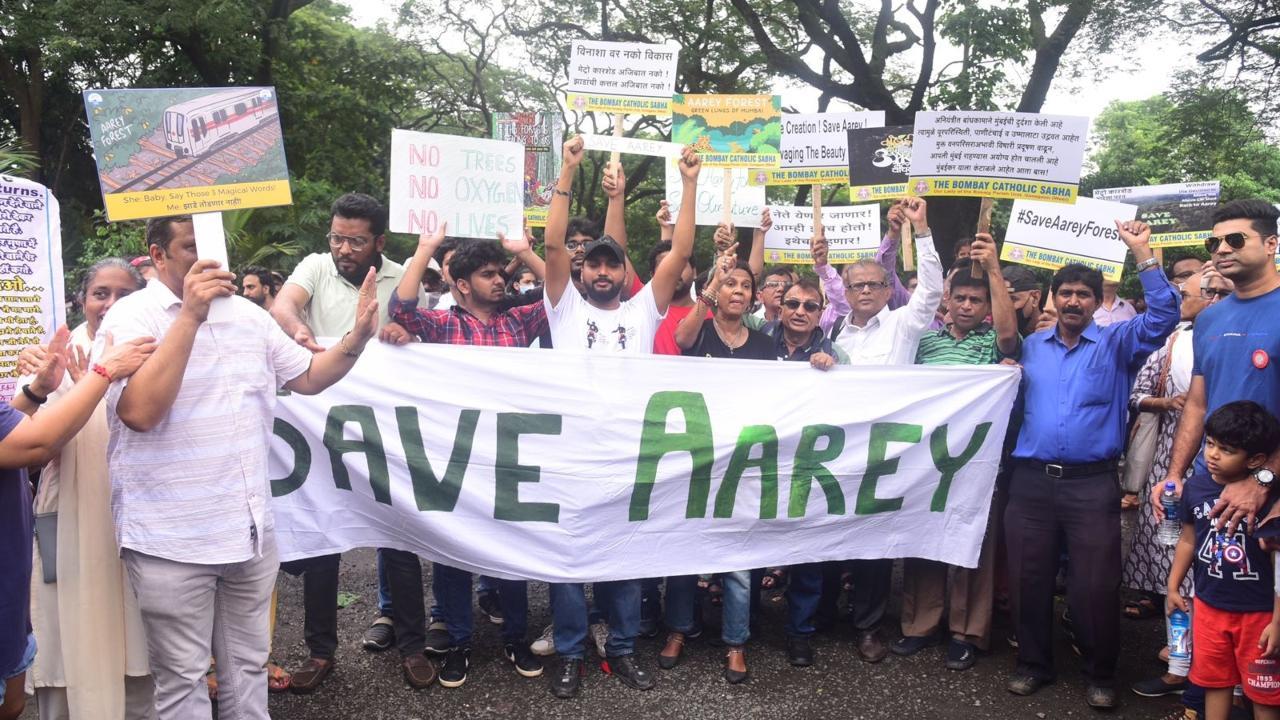 
Making a strong pitch again construction of a metro rail carshed in Mumbai green lung Aarey, former Maharashtra environment minister and Yuva Sena chief Aaditya Thackeray on Sunday said the opposition to the project was to save the metropolis' biodiversity.

He said there are daily sightings of leopards in Aarey, a forested patch adjoining the Sanjay Gandhi National Park in the north-west part of the city, adding that

"Aarey isn't only about 2700 plus trees, it is about its biodiversity that we are seeking to protect in our Mumbai".

There are daily sightings of leopards and other smaller species in the carshed spot and around it, and the previous MVA government is proud to have declared over 800 acres of the site as forest, Thackeray said in a series of tweets.

One of the first decisions taken by the Eknath Shinde government was to allow construction of the carshed for Metro Line 3 at Aarey, a move that has met with opposition from environmental activists and some political parties, overturning the previous government's plan to build it at Kanjurmarg.

Former chief minister Uddhav Thackeray had also opposed the Aarey move of the Shinde government and asked it to not "stab the city in its heart" by going ahead with the project at the wooded site.

After becoming the chief minister in 2019, one of the first decisions taken by Uddhav Thackeray was to shift the carshed site to Kanjurmarg, though the site is embroiled in a legal dispute as both the Centre and the state have claimed ownership.

"While the carshed work was given a stay by the then CM, Uddhav Thackeray ji, the work on the Line 3 was fully supported to be carried on. The alternate location of Kanjurmarg, disputed by GoI, will fit in depots for metro lines 3,4,6,14 into 1 space, thus saving on cost & time," Aaditya Thackeray tweeted.

He said Metro Line 6 would anyway need a carshed, either at Kanjurmarg, which was originally thought of in 2018, or at Pahadi Goregaon.

Having studied the two, both are feasible for Line 3 too. Metros don't go to carshed after every trip, they need stabling lines, that are missing for Line 3, Thackeray said.

Next Story : PM Modi, Shah's decision to make me CM opened eyes of many: Eknath Shinde in Maharashtra Assembly