Hotel will cater backpackers, couples and larger families as well 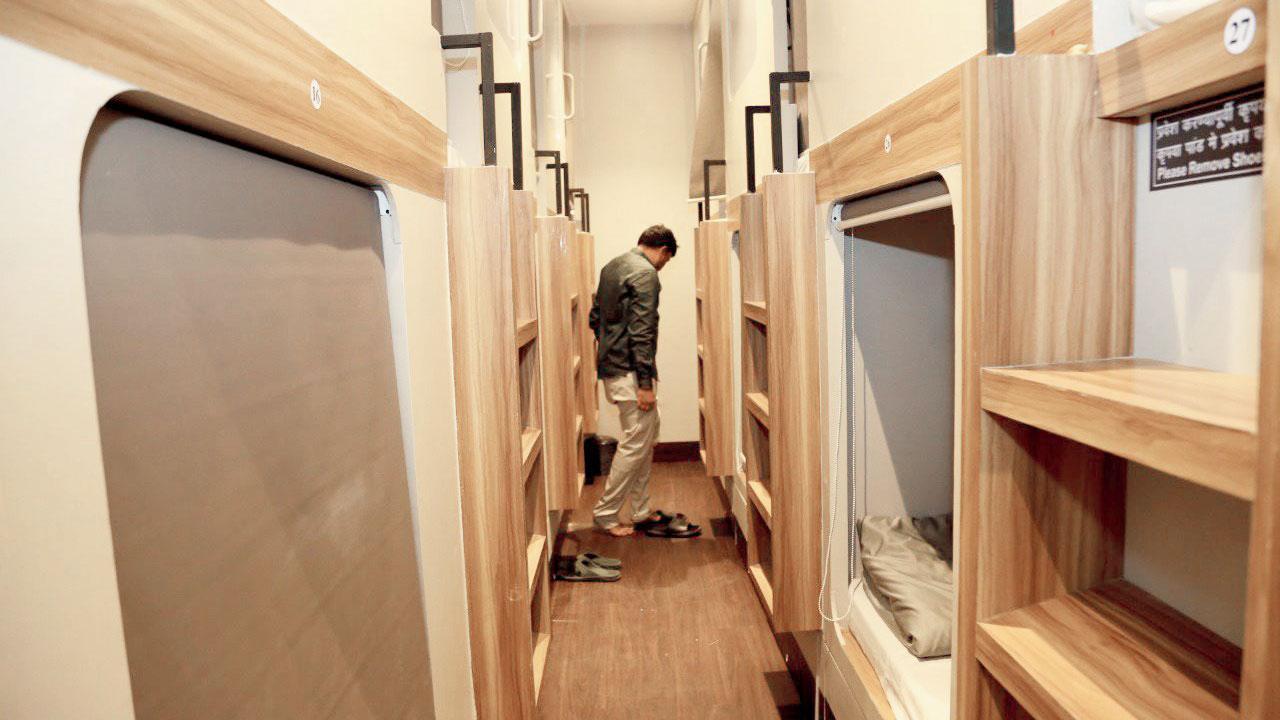 
A pod hotel has opened at Mumbai’s CSMT station for long-distance passengers. This is the second such hotel at a city railway station, after the first one at Mumbai Central station was a hit with passengers. With single pods for backpackers, double for couples and larger ones for families, the pod hotel has all possible amenities, but is yet to get a Wifi facility.

“The aim is to offer a comfortable and affordable stay option to the passengers at CSMT, located near the waiting room on the main line of Chhatrapati Shivaji Maharaj Terminus railway station. There are a total of 40 pods, including 30 single pods, six double pods and four family pods. The air-conditioned pod hotel will provide all important facilities, including mobile charging, locker rooms facility, deluxe toilet and bathroom. Booking of these pods can be done online, mobile app or even at the reception counter at the station,” Central Railway chief public relations officer, Shivaji Sutar, said.

mid-day had first reported about the opening of such a pod in its March 2 edition. Opened for the public from July 1, the pod at Mumbai CSMT has been developed by Central Railway as part of their non-fare revenue model, unlike the one that has been at Mumbai Central station that has been opened by IRCTC. Central Railway has provided 131.61 sqm of space to the contractor for a licence fees of R10,07,786  per annum for a period of five years and railways will earn a revenue of Rs 55.68 lakh.

“I found the single pod a wonderful facility, which was inside the station itself. It’s also an affordable option,” said Aman Sukhnandan, an IT Developer on his way from Bilaspur, Chhatisgarh, in transit to Goa. The first pod hotel opened  in Japan in 1979.