A principal says there will be further trouble for both students and colleges if parents do go to court, and the admission process is stayed 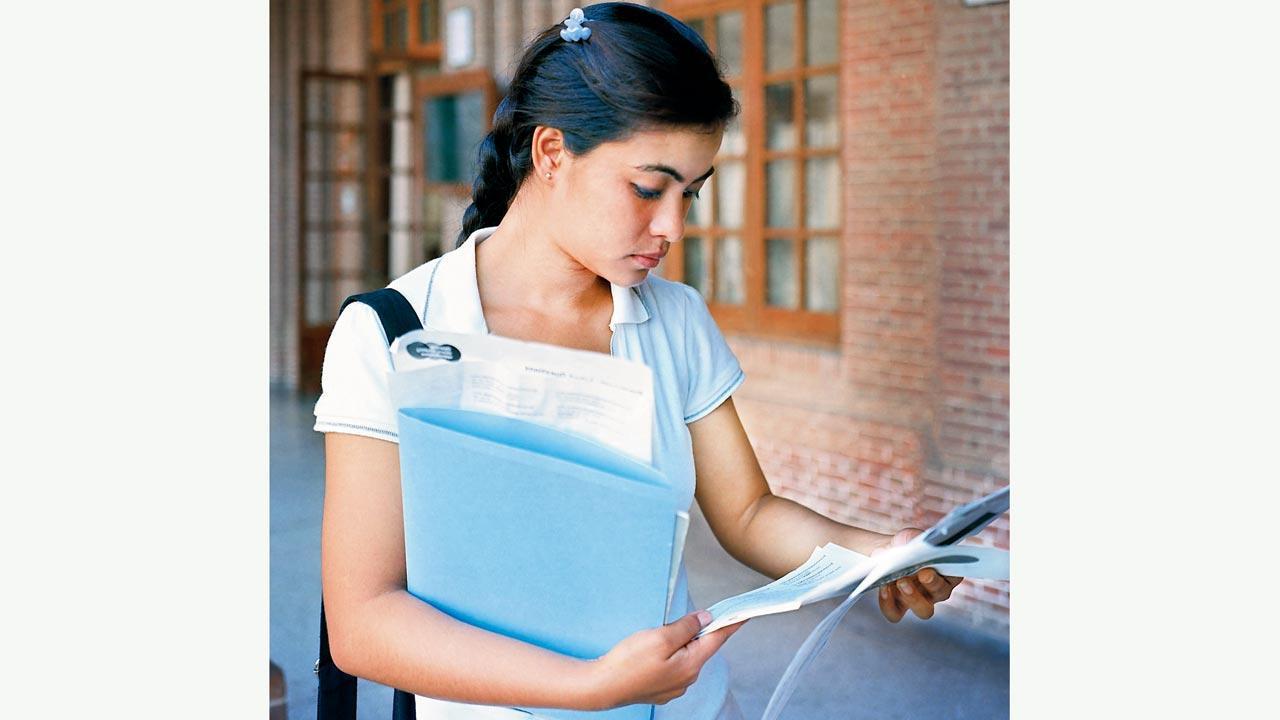 Students with lower marks may suffer, when CBSE and ICSE students are added to the process midway, say colleges. Representation pic


Admission process to undergraduate courses sans CBSE and ICSE pupils this year has led to a significant drop in cut-off marks. Principals and academicians have expressed fear of further chaos and problems once the results of these two non-government boards are out. They say the Mumbai University should be delayed the process.

According to the schedule announced by Mumbai University, all of its affiliated colleges published their first merit list for admissions to undergraduate (UG) programmes on Wednesday. However, the cut-off score in practically all courses, whether traditional or self-financed, has decreased by 3-7 per cent as compared to last year. Colleges said this was because the Mumbai University’s (MU) decision to start the admission processes before the CBSE and ICSE board results are declared.

Neha Jagtiani, principal of R D National college in Bandra, said, “The cut-off marks for our college this year has dropped by 3-5 per cent as compared to last year. This is because CBSE and ICSE students are missing from the process. In my opinion, Mu should have deferred the process to allow CBSE and ICSE students’ participation. The option of opting for additional seats is not really beneficial; most of the time the permission for these seats is granted almost after the third list.

“The major problem would start when the results are announced midway. The later merit lists are usually for students with lower marks. But as the CBSE and ICSE students will enter the process late, the cut-offs might increase to accommodate the higher number of applications. Some parents are planning to approach the court, and there will be further troubles if the admission process is stayed,” she added.

Minu Madlani, principal of KPB Hinduja College in Charni Road, said, “It would have been less chaotic if MU had waited. Now it will be difficult for both colleges and students. The consequences will be visible later on, when cut-offs of third and fourth lists will get higher, leading to HSC students with lower marks suffering. We do not have options to set aside seats.”

“This merit list is based solely on the results of the HSC board, where students appeared for examination in-person after two years of online learning. The consequence: fewer students obtained more than 75 per cent compared to previous years. The cut-off percentage has dropped significantly in almost all courses. It was noticed that this year, more students are choosing specialised courses over conventional ones, leading to a degree,” said Dr Anita Kanwar, principal of Vivekanand Education Society’s College of Arts, Science and Commerce.

The CBSE is likely to announce Std XII board results on July 10. The second and third merit lists are expected on July 7 and July 14, respectively.

The second merit list will be released at 11 am on July 7 and the same procedure of verification and payment will be followed till July 13 up to 3 pm.

The third, which is usually the final merit list, will be released at 11 am on July 14. The verification and payment procedure for the same will continue till July 16. The colleges have been directed to provide the enrolled candidates with a provisional admission certificate, which will be confirmed later when the candidate submits a hard copy of the mark-sheet and all other necessary documents later.

Last year, MU had officially commenced the first-year admissions by releasing the first merit list on August 17, 2021. Owing to a good number of students, scoring above 90 per cent in both state and non-state boards popular colleges affiliated with MU had increased their cut-off scores for this year by up to 10-13 per cent.

Cut-offs for some of the colleges

Next Story : Questions about sincerity fly over Udaipur killing