According to IMD, moderate to heavy rainfall is predicted in Mumbai for the next 48 hours 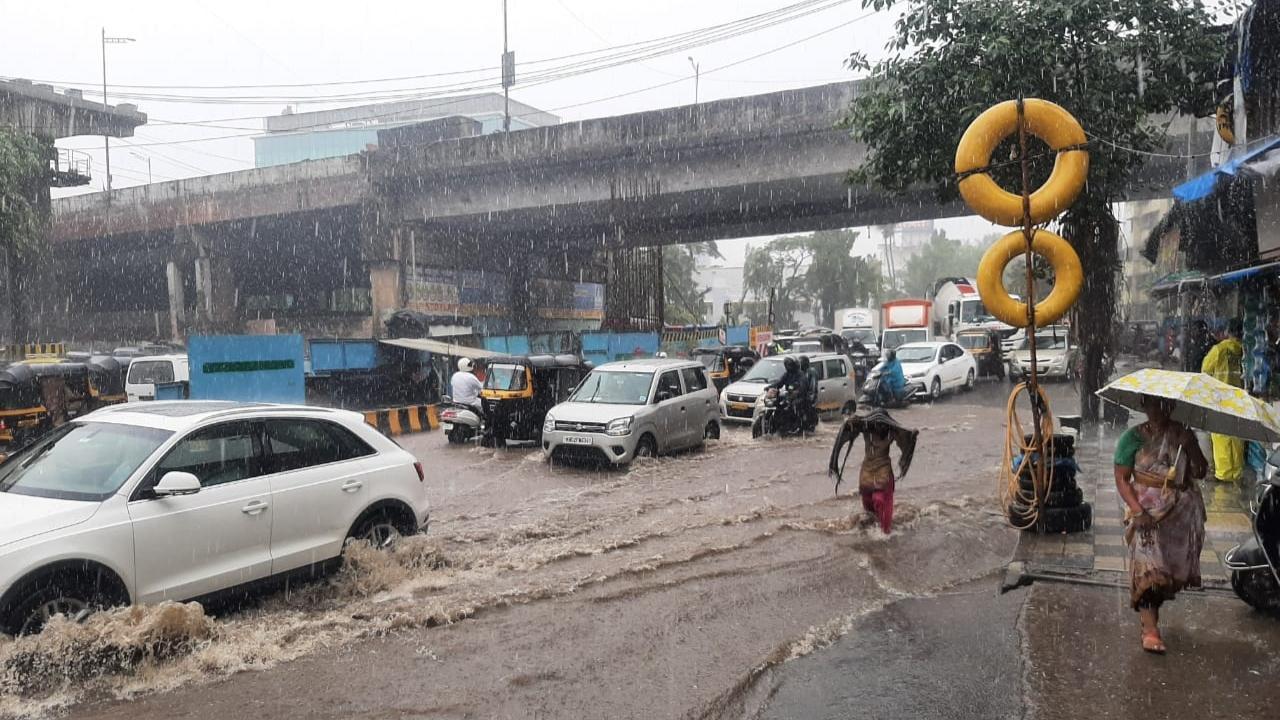 The rainfall caused waterlogging and traffic snarls in various parts of the city. Some of the BEST buses routes were also reported to be diverted due to waterlogging in various areas of Mumbai. Waterlogging was reported near Andheri subway, JJ flyover, parts of Sion.

The IMD has also issued an orange alert (heavy to very heavy rainfall) in Mumbai, Palghar, Thane, Raigad, Ratnagiri, and Sindhudurg for the next 24 hours.

As per the BMC officials, Mumbai reported two incidents of part of houses/roof collapses in Sion and Kalbadevi areas respectively. No casualties were reported in the incidents.

The civic body also reported tree fall incidents at as many as 10 locations. "We have asked concerned authorities to clear the spots where trees have been fallen," said the BMC official.

Next Story : I am happy that another Satarakar has become Chief Minister, says Sharad Pawar