Aryan Khan was arrested on October 3. He is currently in judicial custody and lodged at the Arthur Road prison in Mumbai 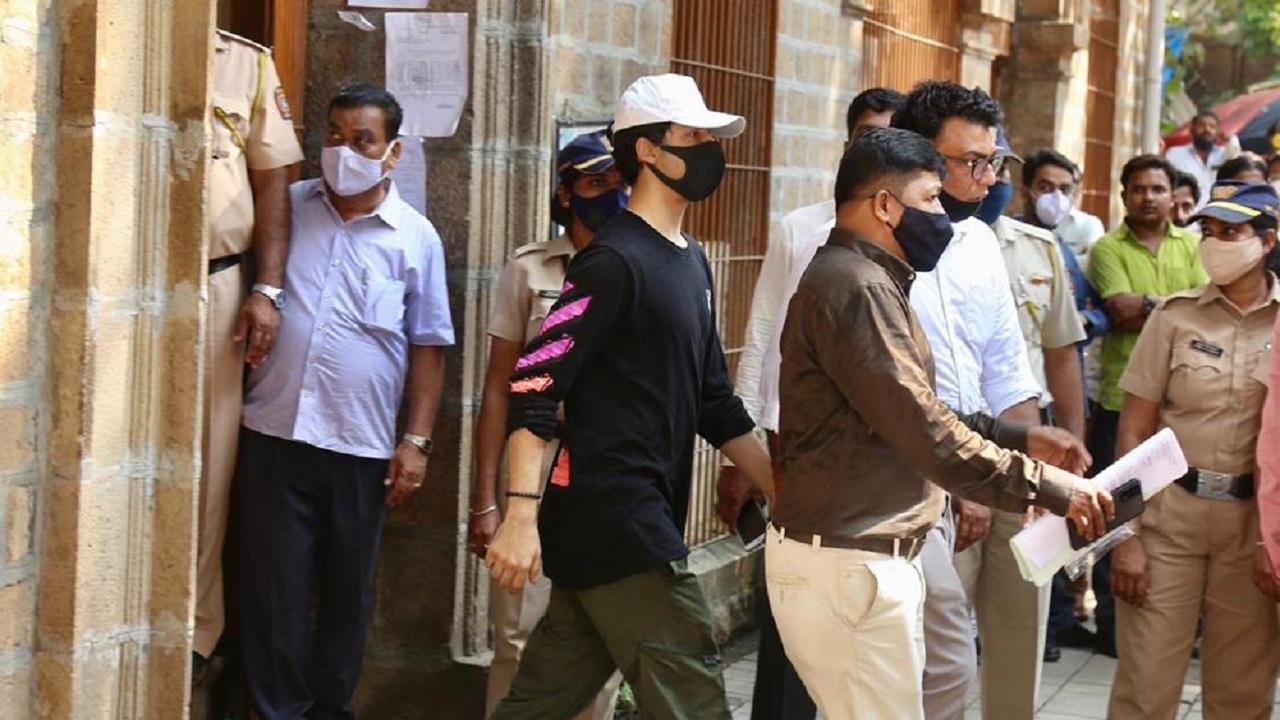 
A special court here Monday directed the Narcotics Control Bureau (NCB) to file its reply on October 13 to a bail plea filed by Aryan Khan, son of Bollywood superstar Shah Rukh Khan, arrested in connection with the seizure of banned drugs on board a cruise ship off the Mumbai coast.

Aryan Khan was arrested on October 3. He is currently in judicial custody and lodged at the Arthur Road prison in Mumbai.

He approached the special court for bail after his plea for the same was rejected by a magistrate's court last week on the ground that it did not have the jurisdiction to decide the matter.

On Monday, when Aryan Khan's counsel Amit Desai mentioned the bail plea, NCB's advocates A M Chimalkar and Advait Sethna sought a week's time to respond and file their affidavit.

They said the investigation in the case was still on and there was quite a lot of material collected by the agency and at this stage, it needs to be seen if releasing Aryan Khan on bail would hamper the probe into the case.

Desai, however, objected to it, saying a person's liberty is at question here, and argued that releasing the accused on bail would not stop the investigation in the case.

"The bail will not stop the investigation. The NCB can continue their probe. That is their duty. But, keeping my client (Aryan Khan) in custody, especially when there has been no recovery (of drugs) from him, is not required," Desai said.

"He (Aryan) has not been found in possession of any narcotics and there is no other material against him. Since his arrest, he has been in the custody of the NCB for a week and his statement was recorded twice. Why does he still need to be in jail?" the senior counsel argued.

Chimalkar, however, said that the agency needs at least a few days time to file its reply.

"What Desai is arguing appears to be rosy, but this is not what the investigation reveals or divulges. Aryan Khan is in judicial custody. Whether his release on bail will affect or hamper our investigation needs to be seen," Chimalkar said.

Sethna, appearing for NCB, told the court that there was no extreme urgency for the bail plea to be heard immediately.

Desai then sought the court to hear and decide Aryan Khan's plea separately, saying the recovery of drugs from each accused in the case was different.

But, Chimalkar and Sethna opposed it and said the conspiracy is the same.

The court said it would start hearing Aryan Khan's bail plea on Wednesday.

Aryan Khan has been charged with offences under Sections 8(c), 20(b), 27, 28, 29 and 35 of the NDPS Act pertaining to possession, consumption and purchase of drugs.

The NCB has so far arrested 20 people in the case.