Lakshmi, who was married to the author from 2004 to 2007, tweeted on August 14, two days after the incident: “Relieved [that] Salman Rushdie is pulling through after Friday’s nightmare. Worried and wordless, can finally exhale. Now hoping for swift healing" 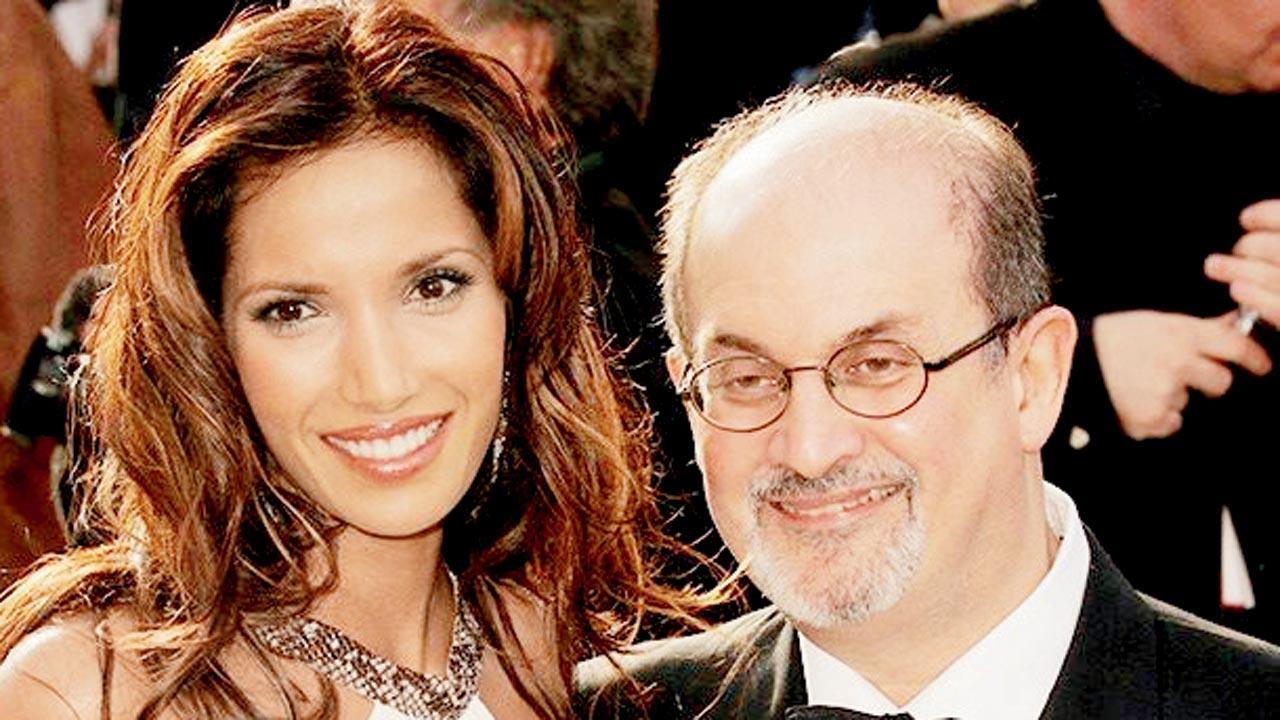 A file photo of Lakshmi and Rushdie. Pic/Facebook

Lakshmi, who was married to the author from 2004 to 2007, tweeted on August 14, two days after the incident: “Relieved [that] Salman Rushdie is pulling through after Friday’s nightmare. Worried and wordless, can finally exhale. Now hoping for swift healing,” as per reports.

The day Lakshmi spoke out, Rushdie’s agent told E! News that the author’s “road to recovery has begun,” adding: “It will be long; the injuries are severe, but his condition is headed in the right direction.” Additionally, Rushdie’s eldest son, Zafar Rushdie, 42, made a statement on behalf of the family about his dad. “My father remains in critical condition in hospital receiving extensive ongoing medical treatment,” he said. “We are extremely relieved that yesterday he was taken off the ventilator and additional oxygen and he was able to say a few words. Though his life-changing injuries are severe, his usual feisty and defiant sense of humour remains intact.”

On August 12, Rushdie was preparing to speak at an event at the Chautauqua Institution in Chautauqua, NY, when a man rushed to the stage and stabbed him about 12 times in his face, neck, abdomen and chest, a district attorney’s office spokesperson told NBC News.

The author was airlifted to a hospital and the suspect was arrested and charged with attempted murder and assault.

Zafar continued: “We are so grateful to all the audience members who bravely leapt to his defence and administered first aid along with the police and doctors who have cared for him and for the outpouring of love and support from around the world. We ask for continued patience and privacy.” The stabbing suspect, New Jersey man Hadi Matar, has pleaded not guilty to charges of second-degree attempted murder and second-degree assault.

Next Story : Johnny Depp all set to direct movie after 25 years