Laal Singh Chaddha finally releases on Thursday. The film stars Aamir Khan and Kareena Kapoor in the lead while Naga Chaitanya and Mona Singh play pivotal roles in the film. Ahead of the film’s release, the team of Laal Singh Chaddha hosted a special screening of the film in Mumbai which was attended by Saif Ali Khan and Kiran Rao. During media interaction, Naga Chaitanya spoke about making his Bollywood debut with Aamir Khan & Kareena Kapoor

View More Comments (46) Sign In To Join The Conversation 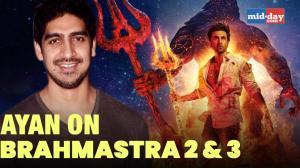 Watch: What actor Suriya said after winning the National Award for Soorarai Pottru

What To Expect On Bigg Boss 16 Circus-Themed House? Find Out Here!

Ali Asgar takes you on a food tour!

Did You Know Tisca Chopra Likes To Write Screenplays In Her Free Time? | Dahan