Neetu Kapoor wants to work with Ranbir Kapoor and Alia Bhatt; is there a new movie in making?

While the veteran actress is choosing to work wisely, she mentioned how her interest is more into working with good directors 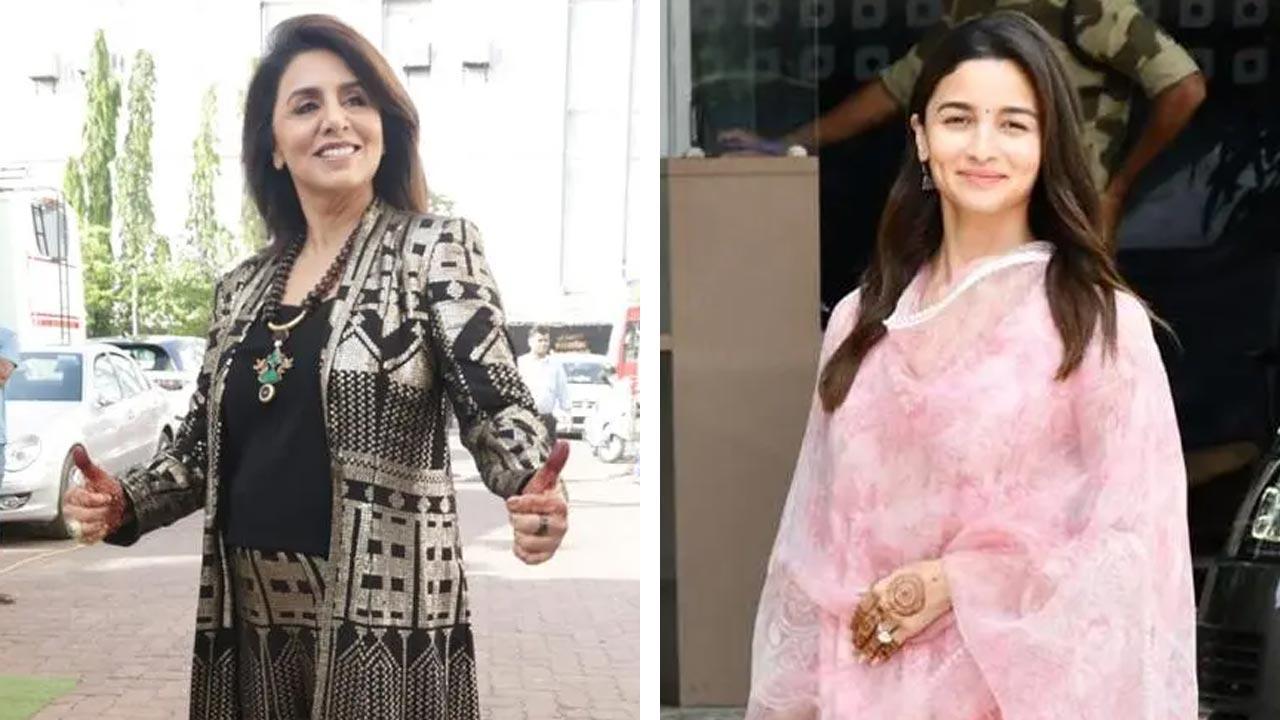 
Neetu Kapoor, who has been applauded for her performance in her comeback film 'Jugjugg Jeeyo', says working with her son and Bollywood superstar Ranbir Kapoor alongside Alia Bhatt would be her ultimate dream-come-true.

Asked if she is critical of Ranbir and her daughter-in-law Alia's work and Neetu told IANS: "Well, I do not look at Ranbir's work as a mother but as an audience. So yes, I am critical and have my share of honest feedback with him. But it is also true that my son is a really good actor, there is hardly a bad performance Ranbir had so far. Even when he acts in silence (referring to 'Barfi!') he is wonderful, isn't he? And no, it is not a mom speaking but an audience."

She went on adding, "I said it on Alia's face that I really do not know what is the next milestone of her performance she would achieve after what she delivered in 'Gangubai Kathiawadi'. I am sure she will, but for me, it was the ultimate Alia Bhatt performance. So, as an audience, I am excited to know how she can break her own benchmark of performance as an actor!"

While the veteran actress is choosing to work wisely, she mentioned how her interest is more into working with good directors.

"It is important to collaborate with good directors, young minds, especially those who can challenge me to push my limit as an actress. I won't mind doing a mother's role on-screen but if only it is written with substance if only it is impacting the narrative. And at the same time, I as an actress can play any role, even a woman in uniform or a romantic story of an elderly couple. The actress in me is looking for a challenge," she said.

Post the release of 'Jugjugg Jeeyo' Neetu is planning to take a break before gearing up for her next.

"I am working on a film but the announcement is yet to happen so I am sorry that I cannot reveal much. I think we will start shooting for it in October. I also agreed to do a web series that is in the process of writing. Again, too early to share details. I will work on these two projects as of now. But before that, I will take a vacation...I am slowly coming back to my grove," shared the yesteryear heroine.

As she is quizzed who the actors she wishes to work with from the younger generation and Neetu promptly replied, "It would be a dream come true if I get a chance to work with Ranbir Kapoor and Alia Bhatt. I am manifesting it! Ye alag baat hai ke dono mere bachche hai, lekin superstar bhi toh hai na? (giggles)"

Also Read: Have you heard? 'JugJugg Jeeyo' releases, but the case continues